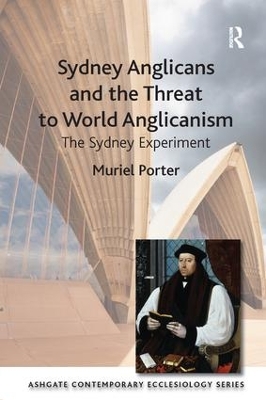 Sydney Anglicans and the Threat to World Anglicanism

Sydney Anglicans, always ultra-conservative in terms of liturgy, theology and personal morality, have increasingly modelled themselves on sixteenth century English Puritanism. Over the past few decades, they have added radical congregationalism to the mix. They have altered church services, challenged church order, and relentlessly opposed all attempts to ordain women as priests, let alone bishops. Muriel Porter unpacks how Australia's largest and, until recently, richest diocese developed its ideological fervour, and explores the impact it is having both in Australia and the Anglican Communion. » Have you read this book? We'd like to know what you think about it - write a review about Sydney Anglicans and the Threat to World Anglicanism book by Muriel Porter and you'll earn 50c in Boomerang Bucks loyalty dollars (you must be a Boomerang Books Account Holder - it's free to sign up and there are great benefits!)

Muriel Porter is a leading lay Anglican in Australia (member of General Synod since 1987; member of GS Standing Committee since 1989; member Melbourne Synod since 1984; member Melbourne Diocesan Council since 1985, formerly member of General Synod Doctrine Commission); she is the author of numerous books and journal articles on contemporary church issues, the most recent being Sex, Power and the Clergy, Hardie Grant Books, Melbourne, 2003; The New Puritans: The Rise of Fundamentalism in the Anglican Church, Melbourne University Press, Melbourne, 2006;and Women in Purple: Women Bishops in Australia (Voices: Quarterly Essays on Religion in Australia), John Garratt Publishing, Melbourne, 2008. She is also an occasional commentator/opinion writer in mainstream and Anglican press, and a professional journalist and journalism academic, formerly senior lecturer in journalism at RMIT University, Melbourne, and for the past 20 years, Australia correspondent for Church Times (UK).

A Preview for this title is currently not available.
More Books By Muriel Porter
View All