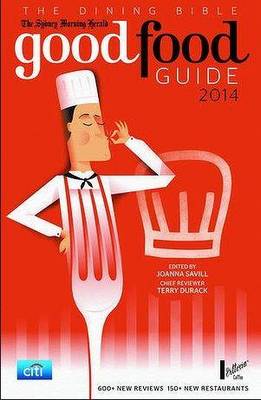 For 30 years the release of Australia's most prestigious restaurant bible has been the biggest event on the local food calendar. We scour NSW to find great places to eat. Only the very best restaurants are featured in the Guide. To be listed, a restaurant must score a minimum of 12 points out of 20. The very best restaurants are awarded the coveted chef's hats - a sign of consistency and excellence. We make some tough calls and some bold ones, without fear or favour, tackling local legends and up-and-comers alike. Some don't make the cut. Our reviewers dine anonymously and pay for their meals to deliver independent advice you can trust.

» Have you read this book? We'd like to know what you think about it - write a review about Sydney Morning Herald Good Food Guide 2015 book by Terry Durack and you'll earn 50c in Boomerang Bucks loyalty dollars (you must be a Boomerang Books Account Holder - it's free to sign up and there are great benefits!)

A Preview for this title is currently not available.
More Books By Terry Durack
View All