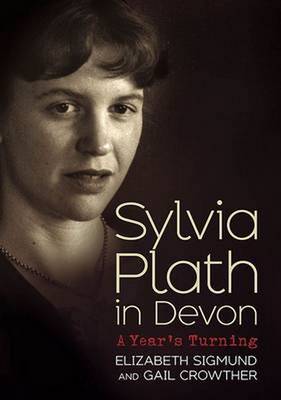 Sylvia Plath in Devon: A Year's Turning is part memoir, part biography focusing on the fifteen months that Sylvia Plath lived in North Tawton, Devon from September 1961 to December 1962. This was an extraordinary time for Plath as she finished the proofs on her first novel "The Bell Jar" and in the autumn of 1962 produced most of her dazzling "Ariel" poems. Elizabeth Sigmund recalls the year of her friendship with Plath from their first meeting drinking tea to attending music concerts together. Gail Crowther considers the impact Plath's domestic life had on her creative work during this period drawing for the first time on unpublished letters , documents and previously unseen resources from a wide range of archives in the UK, US and Canada. What emerges is a unique and industrious picture of Plath as she settled into town life forging new friendships, giving birth to her second child, decorating her new home and producing some of the most memorable and powerful poetry of the 20th century.

» Have you read this book? We'd like to know what you think about it - write a review about Sylvia Plath in Devon book by Elizabeth Sigmund and you'll earn 50c in Boomerang Bucks loyalty dollars (you must be a Boomerang Books Account Holder - it's free to sign up and there are great benefits!)

Elizabeth Sigmund is co-ordinator of the Organophosphate Information Network and has been involved with the Working Party on Chemical and Biological Weapons since the mid-1960s. For this work she was awarded an Honorary Doctorate by the University of Plymouth in 2001. She is author of Rage Against the Dying published by Pluto Press. Gail Crowther was awarded her PhD from Lancaster University in 2010 for her thesis The Haunted Reader and Sylvia Plath. She has lectured in Sociology at Lancaster University and Social Science for the Open University. Her current research interests include archival studies and feminist life writing