This volume surveys the 'Syriac world', the culture that grew up among the Syriac-speaking communities from the second century CE and which continues to exist and flourish today, both in its original homeland of Syria and Mesopotamia, and in the worldwide diaspora of Syriac-speaking communities. The five sections examine the religion; the material, visual, and literary cultures; the history and social structures of this diverse community; and Syriac interactions with their neighbours ancient and modern. There are also detailed appendices detailing the patriarchs of the different Syriac denominations, and another appendix listing useful online resources for students.

The Syriac World offers the first complete survey of Syriac culture and fills a significant gap in modern scholarship. This volume will be an invaluable resource to undergraduate and postgraduate students of Syriac and Middle Eastern culture from antiquity to the modern era.

Chapter 26 of this book is freely available as a downloadable Open Access PDF under a Creative Commons Attribution-Non Commercial-No Derivatives 3.0 license.

Other Editions - The Syriac World by Daniel King 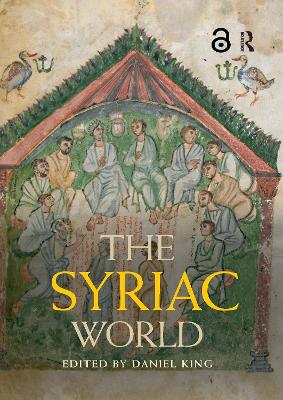 » Have you read this book? We'd like to know what you think about it - write a review about Syriac World book by Daniel King and you'll earn 50c in Boomerang Bucks loyalty dollars (you must be a Boomerang Books Account Holder - it's free to sign up and there are great benefits!)


A Preview for this title is currently not available.
More Books By Daniel King
View All