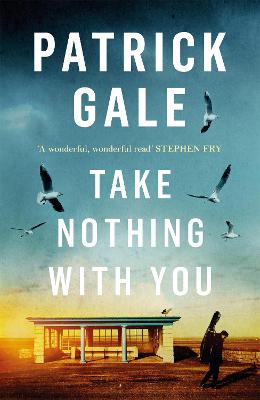 Take Nothing With You

Description - Take Nothing With You by Patrick Gale

From the bestselling author of A PLACE CALLED WINTER comes a new novel of boyhood, coming of age, and the confusions of desire and reality. For all readers of Ian McEwan's ATONEMENT or L P Hartley's THE GO-BETWEEN.1970s Western-Super-Mare and ten-year-old oddball Eustace, an only child, has life transformed by his mother's quixotic decision to sign him up for cello lessons. Music-making brings release for a boy who is discovering he is an emotional volcano. He laps up lessons from his young teacher, not noticing how her brand of glamour is casting a damaging spell over his frustrated and controlling mother.When he is enrolled in holiday courses in the Scottish borders, lessons in love, rejection and humility are added to daily practice.Drawing in part on his own boyhood, Patrick Gale's new novel explores a collision between childish hero worship and extremely messy adult love lives.

Buy Take Nothing With You by Patrick Gale from Australia's Online Independent Bookstore, Boomerang Books.

Other Editions - Take Nothing With You by Patrick Gale 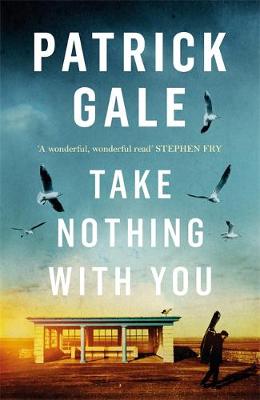 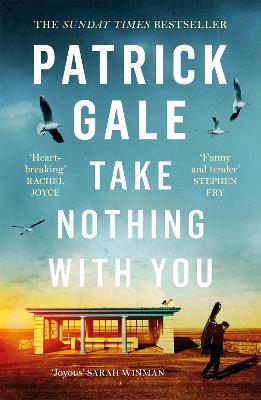 Book Reviews - Take Nothing With You by Patrick Gale

» Have you read this book? We'd like to know what you think about it - write a review about Take Nothing With You book by Patrick Gale and you'll earn 50c in Boomerang Bucks loyalty dollars (you must be a Boomerang Books Account Holder - it's free to sign up and there are great benefits!)

Book Review: Take Nothing With You by Patrick Gale - Reviewed by CloggieA (14 Oct 2018)

“There was … an awed hush as she sat back on her piano stool, thrust out a shapely sandalled foot to her left, gazed up at the top left-hand reaches of the church, took an audible breath as though about to sing, and began to play. She didn’t simply play the notes; she played as though urgently communicating. Listen! her playing said. This really matters!”

Take Nothing With You is the sixteenth novel by award-winning British author, Patrick Gale. In his fifties, after a concerning diagnosis and the resultant surgery, Eustace finds himself in isolation for some 48 hours. He has been advised to bring only what he can leave behind, and intends to fill the time reading a novel, but his close friend Naomi has planned ahead, presenting him with a disposable MP3 player loaded with cello pieces. Some are new to him; others are old favourites that flood him with memories of his youth.

Relieved of some rather unsuccessful lessons with an uninspiring teacher on a second-hand clarinet, the music recital that introduces eleven-year-old Eustace to the cello is a life-changing moment. And the idea that the beautiful and talented Carla Gold will give him lessons fills him with an overwhelming joy. Eustace has found his first love.

During his obligatory seclusion, when he is not immersed in the memories of his adolescence and those first-time encounters with love and passion, with music and sex, Eustace muses on his new love, Theo. The reader also gets glimpses of the life Eustace has led following those momentous years, the milestone events that have brought him to this point in his life.

Gale populates his novel with a marvellous cast of characters: many are kind and generous; some are staggeringly single-minded; others disappoint with their behaviour, being selfish, cruel or abusive. Eustace, though, is easy to love: an earnest boy on the cusp of teenage whose naïveté is utterly delightful.

Gale’s descriptive prose is often exquisite: the significant moments in Eustace’s life are so beautifully depicted, often poignant, sometimes joyful, that the reader cannot help, at times, but form a lump in the throat; some passages are bound to have the reader seeking out recordings of cello music. The Cloggies will appreciate the mention of Dutch treats; and the pasta sauce recipe cries out to be tried. More please, Mr Gale!

Patrick Gale was born on the Isle of Wight. He spent his infancy at Wandsworth Prison, which his father governed, then grew up in Winchester before going to Oxford University. He now lives on a farm near Land's End. One of this country's best-loved novelists, his most recent works are A Perfectly Good Man, the Richard and Judy bestseller Notes From An Exhibition, and the Costa-shortlisted A Place Called Winter. His original BBC television drama, Man In An Orange Shirt, was shown to great acclaim in 2017 as part of the BBC's Queer Britannia series, leading viewers around the world to discover his novels.

A Preview for this title is currently not available.
More Books By Patrick Gale
View All