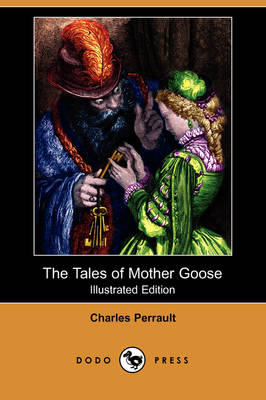 Charles Perrault (1628-1703) was a French author who laid foundations for a new literary genre, the fairy tale. He attended the best schools and studied law before embarking on a career in government service. He took part in the creation of the Academy of Sciences as well as the restoration of the Academy of Painting. When the Academy of Inscriptions and Belles-Lettres was founded in 1663, Perrault was appointed its secretary by its founder Jean Baptiste Colbert, finance minister to King Louis XIV. In 1695, when he was 67, he lost his post as secretary. He decided to dedicate himself to his children and published Histoires ou Contes du Temps Passe (Tales and Stories of the Past With Morals) (1697), with the subtitle: Les Contes de Ma Mere l'Oie (Tales of Mother Goose). Its publication made him suddenly widelyknown beyond his own circles and marked the beginnings of a new literary genre, the fairy tale. He is best known for: Le Petit Chaperon Rouge (Little Red Riding Hood), La Belle au Bois Dormant (Sleeping Beauty) and Le Maitre Chat ou le Chat Botte (Puss in Boots).

» Have you read this book? We'd like to know what you think about it - write a review about Tales of Mother Goose (Illustrated Edition) (Dodo Press) book by Charles Perrault and you'll earn 50c in Boomerang Bucks loyalty dollars (you must be a Boomerang Books Account Holder - it's free to sign up and there are great benefits!)


A Preview for this title is currently not available.
More Books By Charles Perrault
View All