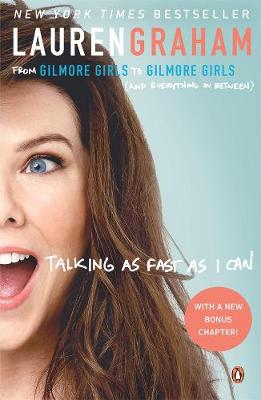 Talking As Fast As I Can

Description - Talking As Fast As I Can by Lauren Graham

In this collection of personal essays, the beloved star of Gilmore Girls and Parenthood reveals stories about life, love, and working as a woman in Hollywood-along with behind-the-scenes dispatches from the set of the new Gilmore Girls, where she plays the fast-talking Lorelai Gilmore once again.

With a new bonus chapter

From the star of the much-loved television shows Gilmore Girls and Parenthood and the author of the bestselling novel Someday, Someday, Maybe comes a collection of candid and hilarious essays.

In Talking as Fast as I Can, Lauren Graham hits pause for a moment and looks back on her life, sharing stories about growing up, dating, and starting out as an actress. Some things you'll learn about Lauren- She once tried to go vegan just to bond with Ellen DeGeneres, she's aware that being set up with guys at awards shows has its pitfalls ("If you're meeting someone for the first time after three hours of hair, makeup, and styling, you've already set the bar too high"), and she's a card-carrying REI shopper ("My bungee cords now earn points!").

Lauren also sits down for an epic Gilmore Girls marathon and reflects on being cast as Lorelai Gilmore and how it felt to pick up the role nine years after the first series concluded. Complete with photos and excerpts from the diary Lauren kept during the filming of Gilmore Girls- A Year in the Life, this book is like a cozy night in, catching up with your best friend, laughing and swapping stories, and-of course-talking as fast as you can.

Buy Talking As Fast As I Can by Lauren Graham from Australia's Online Independent Bookstore, Boomerang Books.

Other Editions - Talking As Fast As I Can by Lauren Graham 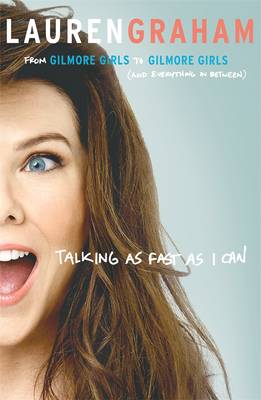 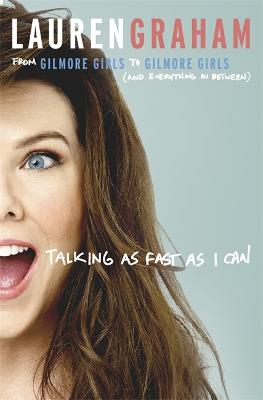 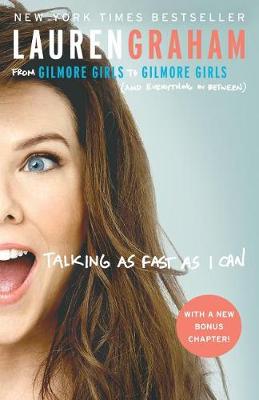 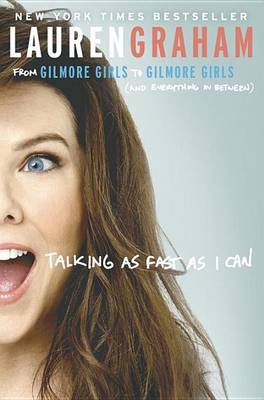 Book Reviews - Talking As Fast As I Can by Lauren Graham

» Have you read this book? We'd like to know what you think about it - write a review about Talking As Fast As I Can book by Lauren Graham and you'll earn 50c in Boomerang Bucks loyalty dollars (you must be a Boomerang Books Account Holder - it's free to sign up and there are great benefits!)

Lauren Graham is an actress best known for her roles on the critically acclaimed television series Gilmore Girls and Parenthood. She has performed on Broadway and appeared in such films as Bad Santa, Evan Almighty, and Because I Said So. She holds a BA in English from Barnard College and an MFA in acting from Southern Methodist University. She lives in New York and Los Angeles.

A Preview for this title is currently not available.
More Books By Lauren Graham
View All