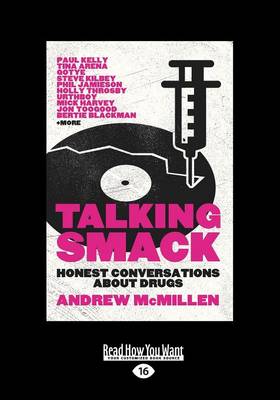 Honest, intimate conversations with some of Australia's best musicians, including Paul Kelly, Gotye, Tina Arena, Phil Jamieson, Steve Kilbey, Mick Harvey and Holly Throsby. Of all the creative industries, the starkest and most distinct link between drug use and creativity lies within music. The two elements seem to be intertwined, inseparable; that mythical phrase 'sex, drugs and rock and roll' has been bandied about with a wink and a grin for decades. But is it all smoke and mirrors, or does that cliche ring true for some of our best - known artists? In this fascinating new book, journalist Andrew McMillen talks with Australian musicians about their thoughts on - and experiences with - illicit, prescription and legal drugs. Through a series of in - depth and intimate interviews, he tells the stories of musicians who, like Paul Kelly, bit into the forbidden fruit and avoided choking. This isn't to say that stories of ruin and redemption are avoided - they're not. But, by having conversations about a subject that's rarely discussed in public, and much less often dealt with honestly, McMillen explores the truths of a contentious topic that isn't going away.
Talking Smack is a timely and thought - provoking must - read, and includes interviews with some of our most successful and creative musicians: Paul Kelly Wally de Backer (Gotye) Steve Kilbey (The Church) Phil Jamieson (Grinspoon) Tina Arena Spencer P. Jones (Beasts of Bourbon) Mick Harvey (ex Nick Cave and the Bad Seeds) Lindy Morrison (The Go - Betweens) Ian Haug (Powderfinger) Bertie Blackman Tim Levinson (Urthboy) Holly Throsby Jon Toogood (Shihad) Jake Stone (Bluejuice) 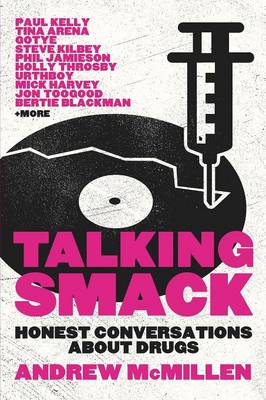 » Have you read this book? We'd like to know what you think about it - write a review about Talking Smack book by Andrew McMillen and you'll earn 50c in Boomerang Bucks loyalty dollars (you must be a Boomerang Books Account Holder - it's free to sign up and there are great benefits!)


A Preview for this title is currently not available.
More Books By Andrew McMillen
View All