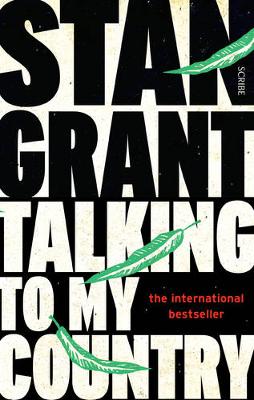 Talking to My Country

Description - Talking to My Country by Stan Grant

An extraordinarily powerful and personal meditation on race, culture, and identity.
As an Aboriginal Australian, Stan Grant has had to contend with his country's racist legacy all his life. Born into adversity, he found an escape route through education and the writing of James Baldwin, going on to become one of Australia's leading journalists.
As a correspondent for CNN, he travelled the world, covering conflicts everywhere, from Baghdad to North Korea. Struck by how the human spirit can endure in the face of repression, he found the experiences of individuals he met spoke to him of the undying call of family and homeland. In the stories of other dispossessed peoples, he saw that of his own.
In Talking To My Country, Grant responds to the ongoing racism that he sees around him. He writes with passion and striking candour of the anger, shame, and hardship of being an indigenous man. In frank, mesmerising prose, Grant argues that the effects of colonialism and oppression are everyday realities that still shape our world, and that we should never grow complacent in the fight to overcome them.

Other Editions - Talking to My Country by Stan Grant 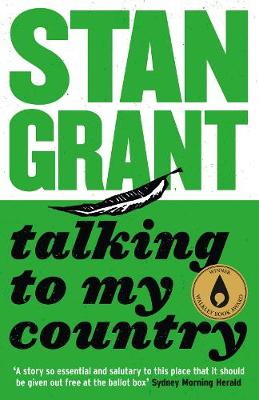 Book Reviews - Talking to My Country by Stan Grant

» Have you read this book? We'd like to know what you think about it - write a review about Talking to My Country book by Stan Grant and you'll earn 50c in Boomerang Bucks loyalty dollars (you must be a Boomerang Books Account Holder - it's free to sign up and there are great benefits!)

Stan Grant is an award-winning journalist. He is currently the international editor at Sky News Australia, and the indigenous affairs editor for Guardian Australia. From 2001 to 2012 he worked for CNN as an anchor in Hong Kong, before relocating to Beijing as correspondent, from which he covered conflicts in Afghanistan, Pakistan, Iraq, and elsewhere. He is of Aboriginal ancestry, from the Wiradjuri people.

A Preview for this title is currently not available.
More Books By Stan Grant
View All