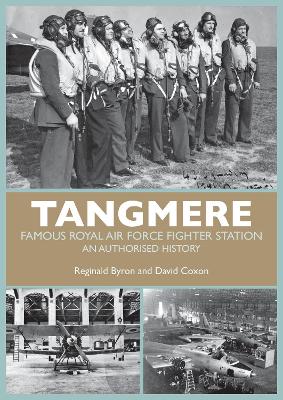 This is the first full history of the Royal Air Force fighter station at Tangmere, West Sussex, from its beginnings in the First World War until its untimely closure in 1970. In its day it was one of the best known and strategically most important fighter stations in the British Isles. Tangmere first became prominent in the 1920s and 1930s for the highly polished air displays given at the RAF Pageants at Hendon by the pilots and aircraft of its resident squadrons, 1 and 43. On the outbreak of the Second World War, 1 Squadron was the first RAF squadron to be sent to France. With the fall of France in May 1940, Tangmere's squadrons found themselves right on the front line and during the Battle of Britain Tangmere was one of the main fighter stations constantly engaging with the deadly Luftwaffe. Tangmere's Hurricane and Spitfire pilots continued heroically to defend southern England for the next three years and turned increasingly to an offensive role, led by Wing Commander Douglas Bader. Squadrons at Tangmere were heavily involved in Operation Jubilee, the combined raid on Dieppe, and continued over the years to harass the enemy across the Channel with increasing accuracy, ferocity and persistence, culminating in a pivotal role in Operation Overlord, the D-Day landings. After the war Tangmere settled into a peacetime routine, became home to the High Speed Flight and the World Air Speed Record was broken there in 1946 and again in 1953 by Neville Duke. As the cold war set in Tangmere was no longer well positioned as an interceptor station and by the end of 1958 Fighter Command had withdrawn its last squadron. The aerodrome was used by Signals Command for six years or so then served as a home to various non-flying units until its decommissioning in 1970. It is now a highly prized museum with many valuable artefacts and aircraft. Expertly told with use of official diaries and operations record books this is a long-awaited, comprehensive and conclusive account of a fascinating fighter station.

» Have you read this book? We'd like to know what you think about it - write a review about Tangmere book by Reginald Byron and you'll earn 50c in Boomerang Bucks loyalty dollars (you must be a Boomerang Books Account Holder - it's free to sign up and there are great benefits!)


A Preview for this title is currently not available.
More Books By Reginald Byron
View All

Sustainable Development of the North Atlantic Margin: Selected Contributions to the Thirteenth International Seminar on Marginal Regions
No Stock on Hand, Supplier Has No Due Date for Supply.
$189.00 $210.00

Local Enterprise on the North Atlantic Margin: Selected Contributions to the Fourteenth International Seminar on Marginal Regions
No Stock on Hand, Supplier Has No Due Date for Supply.
$207.90 $231.00

Community Development on the North Atlantic Margin
No Stock on Hand, Supplier Has No Due Date for Supply.
$207.90 $231.00