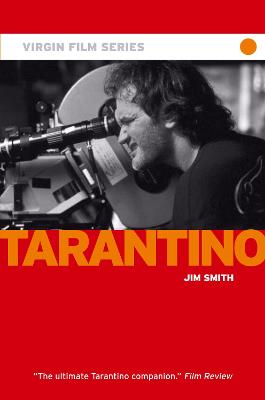 Reservoir Dogs launched Quentin Tarantino as a pioneering new filmmaker and director - his hip-talking, hypnotically shot, ultraviolent US indie films revolutionised American filmmaking and spawned a number of imitators. Jim Smith examines the iconic films Tarantino has directed including Pulp Fiction, Jackie Brown and Kill Bill, as well as exploring the Tarantino scripts that were filmed by other directors such as True Romance and the controversial Natural Born Killers. Whilst exploring Tarantino's range of projects as an actor, producer and presenter, and his work outside film, Smith analyses the significance of the director's use of favourite actors, anachronisms, borrowed music and reference points and shows how they relate to recurring themes such as heritage, personal responsibility and redemption.

» Have you read this book? We'd like to know what you think about it - write a review about Tarantino - Virgin Film book by Jim Smith and you'll earn 50c in Boomerang Bucks loyalty dollars (you must be a Boomerang Books Account Holder - it's free to sign up and there are great benefits!)

Jim Smith is the author of successful Virgin Films titles such as Gangster Films and George Lucas, and co-author of Tim Burton and Bond Films. Jim Smith has also worked on guides to Sex and the City and Dr Who.

A Preview for this title is currently not available.
More Books By Jim Smith
View All