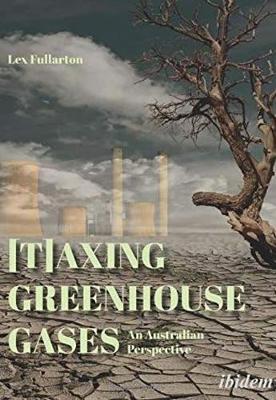 Lex Fullarton takes a closer look at the three pillars of the sustainable development framework known as the ?Triple Bottom Line? (TBL). The concept of the TBL is that for a project to be sustainable it must not simply be profitable in economic terms, but it must also benefit society and enhance the natural environment. In the twenty-first century, the greatest threat to Earth's natural environment and the population of the planet is the rise of greenhouse gas emissions caused from burning fossil fuel as an energy source. The rise of GHG emissions has resulted in a rise in the ambient air temperature of the Earth's atmosphere and is resulting in a significant change in climatic conditions on Earth.

Fullarton scrutinizes the problem of getting industry and governments to understand the significance of creating harmony within the TBL. One of the main problems is that partisan politics tends to fragment the factors of the TBL rather than bring them together. Fullarton takes a strong stand in suggesting that taxation systems, which have traditionally been viewed primarily as a means of raising government finance, can be effectively applied to influence industrial and consumer attitudes towards transiting away from polluting fossil-fuel energy sources towards non-polluting renewable energy use.

» Have you read this book? We'd like to know what you think about it - write a review about [T]axing Greenhouse Gases - An Australian Perspective book by Lex Fullarton and you'll earn 50c in Boomerang Bucks loyalty dollars (you must be a Boomerang Books Account Holder - it's free to sign up and there are great benefits!)


A Preview for this title is currently not available.
More Books By Lex Fullarton
View All