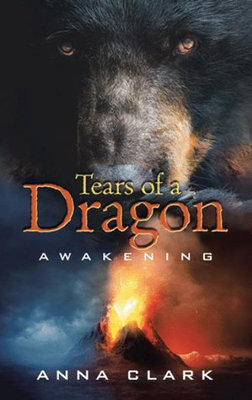 Tears of a Dragon: Awakening

Description - Tears of a Dragon: Awakening by Anna Clark

In a world marked by an ancient, never-ending war, two boys live very different lives. Good-hearted Oren Raevin, with his mother dead and his father missing, is an outcast in his village. In contrast, Syris Ulzary is the pride of his people, although his heart is corrupted. As tensions rise in their homes, a talking bear named Ral appears to each one and spirits them away.

Where the bear plans to lead them, however, is far more dangerous than they could have anticipated. Monsters, demons, and magical entities all block the way on the frightful path to their goal-to find the Goddess of Origin, the creator of the universe, before Tora, the God of Rage, breaks free of his prison and destroys everything. As Ral struggles to keep Oren and Syris alive, the secrets surrounding them threaten to pull their fragile bond apart. Events reveal both the lies and truths that have defined the boys' lives, and they find themselves questioning their own realities. If this unlikely trio of heroes isn't strong enough to withstand the danger, the journey could end them.

In this fantasy novel, two boys join forces with a talking bear in an attempt to save their world from destruction at the hands of the God of Rage.

Other Editions - Tears of a Dragon: Awakening by Anna Clark

Book Reviews - Tears of a Dragon: Awakening by Anna Clark

» Have you read this book? We'd like to know what you think about it - write a review about Tears of a Dragon: Awakening book by Anna Clark and you'll earn 50c in Boomerang Bucks loyalty dollars (you must be a Boomerang Books Account Holder - it's free to sign up and there are great benefits!)


A Preview for this title is currently not available.
More Books By Anna Clark
View All

The Knowledge Solution: Australian History: What place does history have in a post-truth world?
$23.99 $29.99