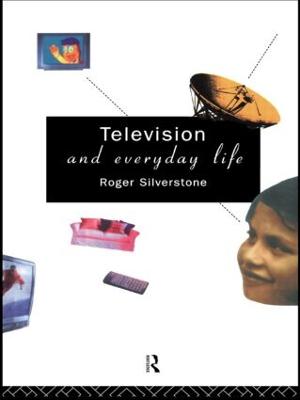 Television is a central dimension of our everyday lives and yet its meaning and its potency varies according to our individual circumstances. Its power will always be mediated by th social and cultural worlds which we inhabit. In Television and Everyday Life , Roger Silverstone explores the enigma of television and how it has found its way so profoundly and intimately into the fabric of our everyday lives. His investigation unravels its emotional and cognitive, spatial, temporal and political significance. Drawing on a wide range of literature, from psychoanalysis to sociology and from geography to cultural studies, Roger Silverstone constructs a theory of the medium which locates it centrally within the multiple realities and discourses of everyday life. Television emerges from these arguments as the fascinating, complex and contradictory medium that it is, but in the process many of the myths that surround it are exploded. Television and Everday Life presents a radical new approach to the medium, one that both challenges received wisdoms and offers a compellingly original view of the place of television in everyday life.

Other Editions - Television And Everyday Life by Roger Silverstone 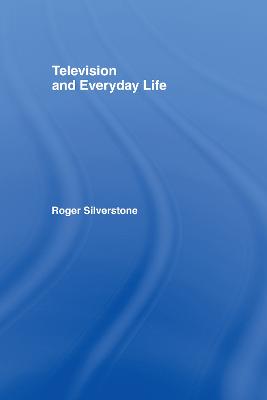 » Have you read this book? We'd like to know what you think about it - write a review about Television And Everyday Life book by Roger Silverstone and you'll earn 50c in Boomerang Bucks loyalty dollars (you must be a Boomerang Books Account Holder - it's free to sign up and there are great benefits!)


A Preview for this title is currently not available.
More Books By Roger Silverstone
View All