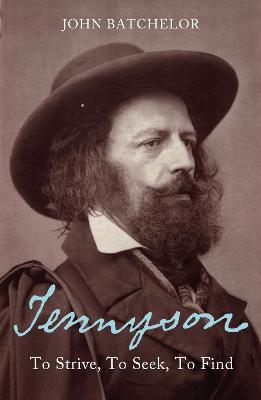 To Strive, to Seek, to Find

An enthralling new biography of Lord Alfred Tennyson- the major poet of his age, and the Queen's Laureate from 1850 until his death in 1892.

Alfred Lord Tennyson, Queen Victoria's favourite poet, commanded a wider readership than any other of his time. His ascendancy was neither the triumph of pure genius nor an accident of history-he skilfully crafted his own career and his relationships with his audience. Fame and recognition came, lavishly and in abundance, but the hunger for more never left him. Like many successful Victorians, he was a provincial determined to make good in the capital while retaining his regional strengths. One of eleven children, he remained close to his extended family and never lost his Lincolnshire accent.Resolving never to be anything except 'a poet', he wore his hair long, smoked incessantly and sported a cloak and wide-brimmed Spanish hat.Tennyson ranged widely in his poetry, turning his interests in geology, evolution and Arthurian legend into verse, but much of his workrelates to his personal life. The tragic loss of Arthur Hallam, a brilliant friend and fellow Apostle at Cambridge, fed into some of his most successful and best-known poems. It took Tennyson seventeen years to complete his great elegy for Hallam, In Memoriam, a work which established his fame and secured his appointment as Poet Laureate.The poet who wrote The Lady of Shalott and The Charge of the Light Brigade has become a permanent part of our culture. This enjoyable and thoughtful new biography shows him as a Romantic as well as a Victorian, exploring both the poems and Tennyson's attempts at play writing, as well as the pressures of his age and the personal relationships that made the man.

Other Editions - Tennyson by John Batchelor 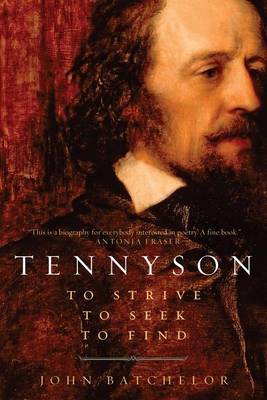 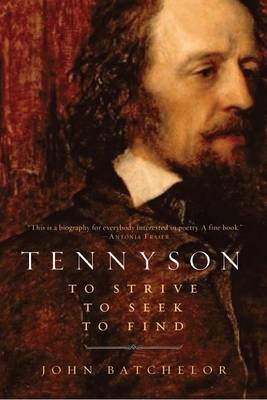 » Have you read this book? We'd like to know what you think about it - write a review about Tennyson book by John Batchelor and you'll earn 50c in Boomerang Bucks loyalty dollars (you must be a Boomerang Books Account Holder - it's free to sign up and there are great benefits!)

John Batchelor has recently retired from the University of Newcastle and is now Emeritus Professor there. Formerly Joseph Cowen Professor of English Literature at Newcastle, he was also a visiting Professor of the University of Lancaster and previously a Fellow of New College Oxford. His books include biographies of Joseph Conrad and John Ruskin, monographs on the work of Virginia Woolf and H.G. Wells, and a study of the Edwardian novel. His most recent book, Lady Trevelyan and the Pre-Raphaelite Brotherhood, is a lively biography of Pauline Trevelyan who established a salon of the arts in Wallington, Northumberland. John Batchelor was until recently an editor (English and American literature) of the literary periodical Modern Language Review and general editor of the Yearbook of English Studies. He lives in Newcastle, and is working on a new study of Rudyard Kipling.

A Preview for this title is currently not available.
More Books By John Batchelor
View All

The Ainu of Japan: The Religion, Superstitions, and General History of the Hairy Aborigines of Japan
$99.07 $110.08