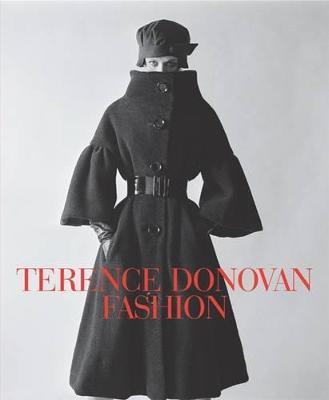 Terence Donovan was one of the foremost photographers of his generation - among the greatest Britain has ever produced. He came to prominence in London as part of a postwar renaissance in art, fashion, graphic design and photography. Alongside David Bailey and Brian Duffy, photographers of a similar working-class background and outlook, Donovan was a new force in fashion photography. Together, they captured and helped create the Swinging 60s. They socialized with celebrities and royalty, and found themselves elevated to stardom in their own right. Gifted with an unerring eye for the iconic image, Donovan was also master of his craft, a technical genius who pushed the limits of what was possible with a camera. And yet despite his fame and status, there has never been a publication devoted to his fashion work, for he allowed none to be released during his lifetime. Terence Donovan Fashion is thus the first time his fashion pictures have been collected together in book form. Arranged chronologically, from the gritty monochromatic 1960s and 1970s to the vibrant and colourful 1980s and 1990s, the book reveals how his constant invention and experimentation not only set him apart from his contemporaries, but also influenced generations to come. Contributions from some of the many designers, models and art directors who worked with him provide fascinating insights into his practice. Compiled by the artist's widow Diana Donovan and former art director of Nova magazine and Pentagram partner David Hillman, who worked closely with Donovan for over a decade, and including an illuminating text by Robin Muir, ex-picture editor of Vogue, and foreword by Grace Coddington, creative director of American Vogue and advisor to the project, Terence Donovan Fashion is indisputably a landmark in the history of fashion photography.

» Have you read this book? We'd like to know what you think about it - write a review about Terence Donovan Fashion book by Diana Donovan and you'll earn 50c in Boomerang Bucks loyalty dollars (you must be a Boomerang Books Account Holder - it's free to sign up and there are great benefits!)