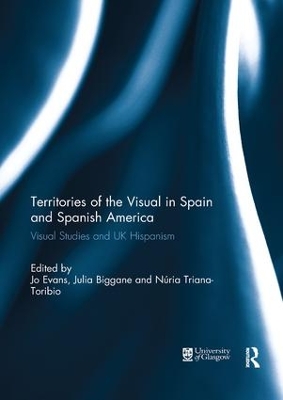 Territories of the Visual in Spain and Spanish America

While studying the theory and contemporary impact of 'embodied' viewing, this book celebrates the emergence and development of Visual Studies as a major subject of research and teaching in the field of Hispanic Studies within the UK over the last thirty years. By exploring current routes of investigation, as well as analysing future pathways for study in the field, seven highly distinguished Spanish and Latin American scholars examine their own entry into Visual Studies, and discuss the major trends and changes which occurred in the field as matters of the visual gradually became embedded in higher-education curricula and research trajectories. Each scholar also lays out a current research project, or interest, concerning Spain or Latin America within the visual field. The projects variously explore different media - including film, sculpture, photography, dance, and performance art - spread across a wide array of geographical locales, including Mexico, Cuba, mainland Spain, and the Canary Islands. Offering a map of current and future research in the field, this book provides the first history of visual studies within UK Hispanism.
It will be of lasting value to a wide range of scholars and advanced students of Spanish and Latin American cultural, visual, and film studies. This book was originally published as a special issue of the Bulletin of Spanish Studies.

Buy Territories of the Visual in Spain and Spanish America by Jo Evans from Australia's Online Independent Bookstore, Boomerang Books. 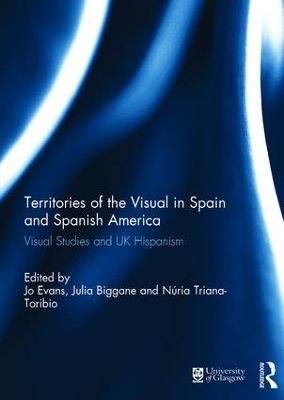 » Have you read this book? We'd like to know what you think about it - write a review about Territories of the Visual in Spain and Spanish America book by Jo Evans and you'll earn 50c in Boomerang Bucks loyalty dollars (you must be a Boomerang Books Account Holder - it's free to sign up and there are great benefits!)

A Preview for this title is currently not available.
More Books By Jo Evans
View All