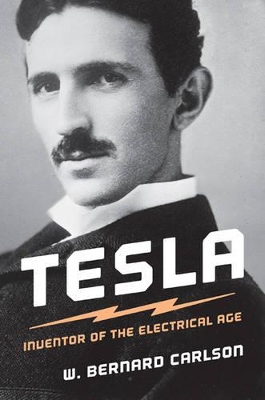 Inventor of the Electrical Age

Nikola Tesla was a major contributor to the electrical revolution that transformed daily life at the turn of the twentieth century. His inventions, patents, and theoretical work formed the basis of modern AC electricity, and contributed to the development of radio and television. Like his competitor Thomas Edison, Tesla was one of America's first c

» Have you read this book? We'd like to know what you think about it - write a review about Tesla book by W. Bernard Carlson and you'll earn 50c in Boomerang Bucks loyalty dollars (you must be a Boomerang Books Account Holder - it's free to sign up and there are great benefits!)

W. Bernard Carlson is professor of science, technology, and society in the School of Engineering and Applied Science and professor of history at the University of Virginia. His books include Technology in World History and Innovation as a Social Process: Elihu Thomson and the Rise of General Electric, 1870-1900.

A Preview for this title is currently not available.
More Books By W. Bernard Carlson
View All