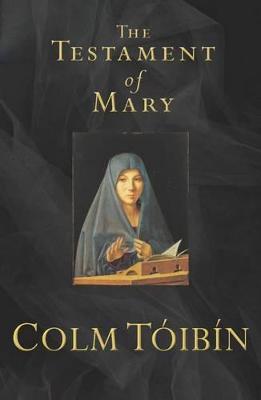 The Testament of Mary

Description - The Testament of Mary by Colm Toibin

SHORTLISTED FOR THE BOOKER PRIZE 2013

"Lovely, understated and powerfully sad, The Testament of Mary finally gives the mother of Jesus a chance to speak." NPR

In a voice that is both tender and filled with rage, The Testament of Mary tells the story of a cataclysmic event which led to an overpowering grief. For Mary, her son has been lost to the world, and now, living in exile and in fear, she tries to piece together the memories of the events that led to her son's brutal death. To her he was a vulnerable figure, surrounded by men who could not be trusted, living in a time of turmoil and change.

As her life and her suffering begin to acquire the resonance of myth, Mary struggles to break the silence surrounding what she knows to have happened. In her effort to tell the truth in all its gnarled complexity, she slowly emerges as a figure of immense moral stature as well as a woman from history rendered now as fully human.

MORE PRAISE FOR THE TESTAMENT OF MARY

"Toibin is at his lyrical best in The Testament of Mary, a beautiful and daring work ... it takes its power from the surprises of its language, its almost shocking characterization, its austere refusal of consolation." The New York Times Book Review

"Dramatic and poetic ... A powerful, devastating story." The Washington Post

"[A] monumental achievement ... equally powerful and poignant whether it's read by one who espouses or eschews the New Testament ... A tender, soul-rending exploration of a mother's mourning; a searing, stunning work." The Independent

"The Testament of Mary is an important and persuasive book: Toibin's weary Mary, sceptical and grudging, reads as far more true and real than the saintly perpetual virgin of legend. And Toibin is a wonderful writer: as ever, his lyrical and moving prose is the real miracle." Naomi Alderman, Observer

Other Editions - The Testament of Mary by Colm Toibin 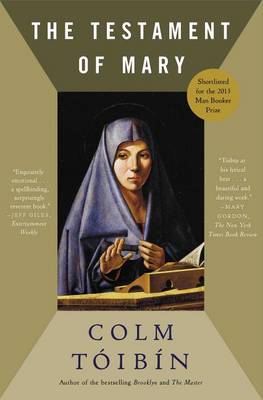 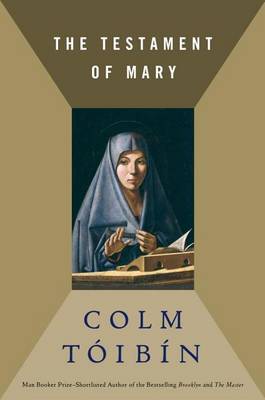 Book Reviews - The Testament of Mary by Colm Toibin

» Have you read this book? We'd like to know what you think about it - write a review about Testament of Mary book by Colm Toibin and you'll earn 50c in Boomerang Bucks loyalty dollars (you must be a Boomerang Books Account Holder - it's free to sign up and there are great benefits!)

Colm Toibin was born in Ireland in 1955 and currently lives in Dublin. He is the author of five previous novels, collections of short stories and many works of non-fiction. He has twice been shortlisted for the Man Booker Prize for The Blackwater Lightship (1999) and The Master (2004), while The Master won The International IMPAC Dublin Literary Award (2006).