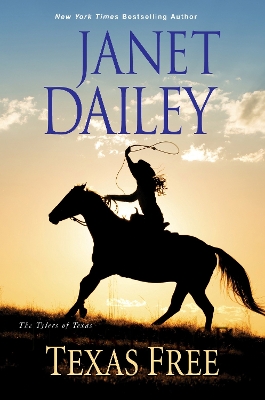 She's a woman with a burning need to break free from her past . . .
Rose Landro is on the run. Seeking refuge at the Rimrock Ranch, she is finally ready to claim the land her granddaddy left her and make a fresh start. But her return is rife with controversy when cattle begin disappearing-and a handsome menace named Tanner McCade starts watching Rose a little too closely. Could the new cowhand be connected to the men she's hiding from? Or is there another reason the rugged stranger is shadowing her every move?

There's a secret in Rose Landro's eyes, a mystery that Special Ranger Tanner McCade is determined to uncover. Even if the beauty isn't behind the cattle rustling he's investigating, she's way too skittish, and all too exquisite for Tanner to just let slide past his piercing gaze. Then he discovers a vulnerability in Rose that has him aching to protect her--and longing to possess her. . . . 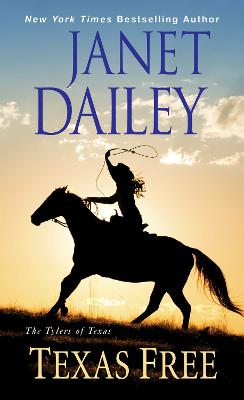 » Have you read this book? We'd like to know what you think about it - write a review about Texas Free book by Janet Dailey and you'll earn 50c in Boomerang Bucks loyalty dollars (you must be a Boomerang Books Account Holder - it's free to sign up and there are great benefits!)

JANET DAILEY's first book was published in 1976. Since then she has written more than 100 novels and become one of the top-selling female authors in the world, with 325 million copies of her books sold in nineteen languages in ninety-eight countries. She is known for her strong, decisive characters, her extraordinary ability to recreate a time and a place, and her unerring courage to confront important, controversial issues in her stories. To learn more about Janet Dailey and her novels, please visit www.JanetDailey.com or find her on Facebook at Facebook.com/JanetDaileyAuthor.

A Preview for this title is currently not available.
More Books By Janet Dailey
View All