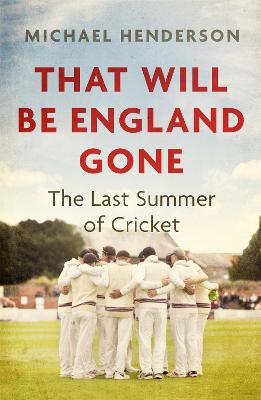 That Will Be England Gone: The Last Summer of Cricket

Description - That Will Be England Gone: The Last Summer of Cricket by Michael Henderson

Included in the Financial Times best books of 2020 selection'For those who fear the worst for the sport they love, this is like cool, clear water for a man dying of thirst. It's barnstorming, coruscating stuff, and as fine a book about the game as you'll read for years' Mail on Sunday'Charming . . . a threnody for a vanished and possibly mythical England' Sebastian Faulks, Sunday Times'Lyrical . . . [Henderson's] pen is filled with the romantic spirit of the great Neville Cardus . . . This book is an extended love letter, a beautifully written one, to a world that he is desperate to keep alive for others to discover and share. Not just his love of cricket, either, but of poetry and classical music and fine cinema' The Times (best summer books)'To those who love both cricket and the context in which it is played, the book is rather wonderful, and moving' Daily Telegraph'Philip Larkin's line 'that will be England gone' is the premise of this fascinating book which is about music, literature, poetry and architecture as well as cricket. Henderson is that rare bird, a reporter with a fine grasp of time and place, but also a stylist of enviable quality and perception' Michael ParkinsonNeville Cardus once said there could be no summer in England without cricket. The 2019 season was supposed to be the greatest summer of cricket ever seen in England. There was a World Cup, followed by five Test matches against Australia in the latest engagement of sport's oldest rivalry. It was also the last season of county cricket before the introduction in 2020 of a new tournament, The Hundred, designed to attract an audience of younger people who have no interest in the summer game. In That Will Be England Gone, Michael Henderson revisits much-loved places to see how the game he grew up with has changed since the day in 1965 that he saw the great fast bowler Fred Trueman in his pomp. He watches schoolboys at Repton, club cricketers at Ramsbottom, and professionals on the festival grounds of Chesterfield, Cheltenham and Scarborough. The rolling English road takes him to Leicester for T20, to Lord's for the most ceremonial Test match, and to Taunton to watch an old cricketer leave the crease for the last time. He is enchanted at Trent Bridge, surprised at the Oval, and troubled at Old Trafford. 'Cricket,' Henderson says, 'has always been part of my other life.' There are memories of friendships with Ken Dodd, Harold Pinter and Simon Rattle, and the book is coloured throughout by a love of landscape, poetry, paintings and music. As well as reflections on his childhood hero, Farokh Engineer, and other great players, there

Buy That Will Be England Gone: The Last Summer of Cricket by Michael Henderson from Australia's Online Independent Bookstore, Boomerang Books.

Other Editions - That Will Be England Gone: The Last Summer of Cricket by Michael Henderson 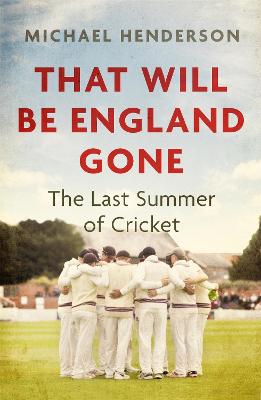 Book Reviews - That Will Be England Gone: The Last Summer of Cricket by Michael Henderson

» Have you read this book? We'd like to know what you think about it - write a review about That Will Be England Gone: The Last Summer of Cricket book by Michael Henderson and you'll earn 50c in Boomerang Bucks loyalty dollars (you must be a Boomerang Books Account Holder - it's free to sign up and there are great benefits!)


A Preview for this title is currently not available.
More Books By Michael Henderson
View All

Interminable: Stories & Steps to Overcoming Life's Obstacles After a Repetitive Cycle of Pain and Loss. How to Maintain Your Win!
$31.61 $35.12