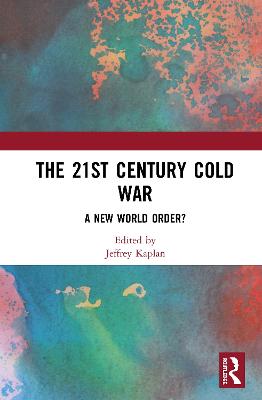 The 21st Century Cold War is a multidisciplinary approach to understanding the pattern of Russian interference in the internal affairs of other nations, suggesting that what in the Cold War was a simple conflict of East vs. West has expanded into a conflict between Russia and two increasingly separate Wests.

The book begins with an examination of the structure of the Cold War and post-Cold War world, and subsequently explores Russian interference by overt, grey, and covert means including, but not limited to, cyberespionage, "fake news", and the use of what in the Cold War would have been called front groups and agents of influence. The approach encompasses both historic and contemporary themes, with the question of whether the Cold War between East and West-capitalism and communism-is a thing of the past, or does it continue today in new ideological guises, as a central theme. Expert contributors explore what the motivations and implications for the pattern of Russian interference in the political processes of other states would be, and what new coalitions of actors are taking shape both for and against Russian activities.

With a series of historical and contemporary case studies, focusing on the origins and contemporary dimensions of Russian information warfare, and exploring the issues involved from every perspective, The 21st Century Cold War will be of great interest to scholars of Security and Strategic Studies, International Relations, and Cold War History, as well as policy makers and security professionals. The chapters were originally published as a special issue of Terrorism and Political Violence.

» Have you read this book? We'd like to know what you think about it - write a review about The 21st Century Cold War: A New World Order? book by Jeffrey Kaplan and you'll earn 50c in Boomerang Bucks loyalty dollars (you must be a Boomerang Books Account Holder - it's free to sign up and there are great benefits!)


A Preview for this title is currently not available.
More Books By Jeffrey Kaplan
View All

Apocalypse, Revolution and Terrorism: From the Sicari to the American Revolt against the Modern World
$249.48 $252.00