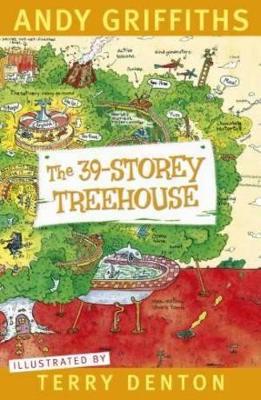 Join Andy and Terry in their astonishing 39-storey treehouse! Jump on the world's highest trampoline, toast marshmallows in an active volcano, swim in the chocolate waterfall, pat baby dinosaurs, go head-to-trunk with the Trunkinator, break out your best moves on the dance floor, fly in a jet-propelled swivel chair, ride a terrifying rollercoaster and meet Professor Stupido, the world's greatest UN-inventor.

SHORTLISTED for Indie Awards for Children's Book of the Year 2014

Other Editions - The 39-Storey Treehouse by Andy Griffiths 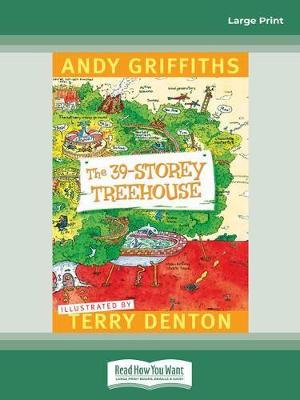 » Have you read this book? We'd like to know what you think about it - write a review about The 39-Storey Treehouse book by Andy Griffiths and you'll earn 50c in Boomerang Bucks loyalty dollars (you must be a Boomerang Books Account Holder - it's free to sign up and there are great benefits!)

Andy Griffiths and Terry Denton are a creative partnership that began with 'Just Tricking!' in 1997 and now extends to eight "Just" books and more than a million copies sold, the ground-breaking 'The Bad Book', the off-the-wall success of 'The Cat on the Mat is Flat', the "Bum" trilogy (which made the "New York Times" bestseller list), the bestselling 'The Very Bad Book' and now the treehouse series. Andy and Terry have won numerous kids choice awards and many of their titles are nominated every year. In 2012, 'The 13-Storey Treehouse' won the ABIA award for older readers.

The Australian Climate Change Book: Be Informed and Make a Difference
Polly Marsden
$20.00 $24.99