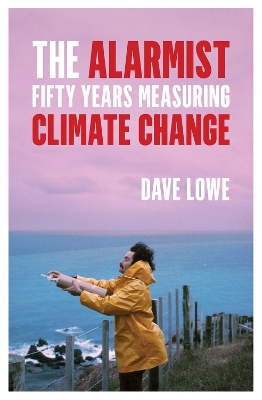 His research was urgent fifty years ago. Now, it's critical. In the early 1970s, budding Kiwi scientist Dave Lowe was posted at an atmospheric monitoring station on the wind-blasted southern coast of New Zealand's North Island. On a shoestring salary he measured carbon in the atmosphere, collecting vital data towards what became one of the most important discoveries in modern science. What followed was a lifetime's career marked by hope and despair. As realisation dawned of what his measurements meant for the future of the planet, Dave travelled the world to understand more about atmospheric gases, along the way programming some of the earliest computers, designing cutting-edge equipment and conducting experiments both dangerous and mind-numbingly dull. From the sandy beaches of California to the stark winters of West Germany, the mesas of the Rocky Mountains and an Atlantic voyage across the equator, Dave has faced down climate deniers, foot-dragging bureaucracy and widespread complacency to open people's eyes to the effects of increasing fossil fuel emissions on our atmosphere.

» Have you read this book? We'd like to know what you think about it - write a review about The Alarmist: Fifty Years Measuring Climate Change book by Dave Lowe and you'll earn 50c in Boomerang Bucks loyalty dollars (you must be a Boomerang Books Account Holder - it's free to sign up and there are great benefits!)


A Preview for this title is currently not available.
More Books By Dave Lowe
View All