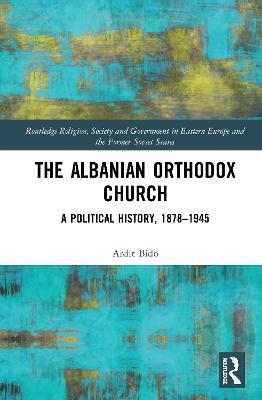 Religion in Albania has had a complicated history, with Orthodoxy, Bektashi and Sunni Islam, Catholicism coexisting throughout much of the history of this Balkan nation. This book traces the rise of the Albanian Orthodox Church from the beginnings of Albanian nationalist movements in the late nineteenth century until the end of the Second World War and the Communist takeover. It examines the struggles of the Albanian state and Church to establish the Church's independence from foreign influence amid a complex geopolitical interplay between Albania, neighbouring Greece and its powerful Ecumenical Patriarchate; the Italian and Yugoslav interference, and the shifting international political circumstances. The book argues that Greece's involvement in the Albanian "ecclesiastical issue" was primarily motivated by political and territorial aspirations, as Athens sought to undermine the newly established Albanian state by controlling its Orthodox Church through pro-Greek bishops appointed by the Patriarchate. With its independence finally recognized in 1937, the Albanian Orthodox Church soon faced new challenges with the Italian, and later German, occupation of the country during the Second World War: the Church's expansion into Kosovo, the Italian effort to place the Church under papal authority, and, the ultimate threat, the imminent victory of Communist forces.

» Have you read this book? We'd like to know what you think about it - write a review about The Albanian Orthodox Church: A Political History, 1878-1945 book by Ardit Bido and you'll earn 50c in Boomerang Bucks loyalty dollars (you must be a Boomerang Books Account Holder - it's free to sign up and there are great benefits!)