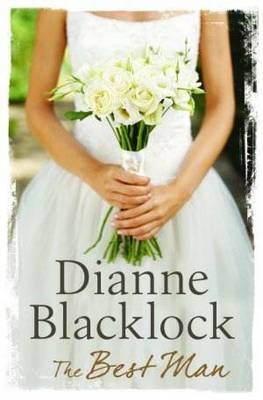 Everything seems to be going perfectly in Madeleine's life - she's a successful publicist in a book publishing house, and through work has met the love of her life, children's author Henry Darrow, who she's convinced is the loveliest man on earth. Things haven't always been so perfect for Madeleine, though. When her father died suddenly, it hit her hard; at the same time she struggled with the demands of her lifestyle and felt as though her life was spinning out of control. Until she met Henry. Now they are set to marry and live happily ever after when their best man arrives in town - handsome, charming and ever attentive, Aiden is a welcome visitor. But his presence soon causes ripples in the happy couple's world, as he brings secrets with him - and starts to unravel some of Madeleine's. As the big day draws closer, Madeleine starts to question her commitment to Henry: Is he really the one she wants to spend the rest of her life with?

Other Editions - The Best Man by Dianne Blacklock 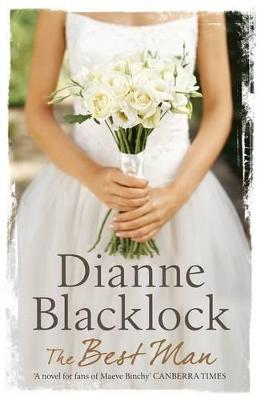 » Have you read this book? We'd like to know what you think about it - write a review about The Best Man book by Dianne Blacklock and you'll earn 50c in Boomerang Bucks loyalty dollars (you must be a Boomerang Books Account Holder - it's free to sign up and there are great benefits!)

The Best Man is the ninth novel by Australian author, Dianne Blacklock. Some years after the devastating loss of her father, book publicist Madeleine Pepper was almost off the rails when she met children’s book author, Henry Darrow. Henry’s solidity, his caring and his deliberate manner brought her back from the brink. So Maddie was overjoyed when Henry moved from America to marry her. And now Henry’s best friend from college and soon-to-be best man was arriving, and Maddie hoped Aiden Carmichael would help her get to know the reclusive Henry a little better. Maddie’s boss, Liv Walsh had been down the aisle once already, but after her ex, Rick’s philandering ways, felt she and her twin teenage boys were better on their own. So even though she enjoyed chatting to David Lessing on the plane, no way she was going to use the phone number he gave her, was she? Blacklock fans will revel in the local setting: this novel has a decidedly Aussie feel. Blacklock’s characters are complex and most are easy to love and care about, even if no-one is quite what they first seem. Readers will identify with some and easily recognise others as people they meet in their everyday lives. The dialogue is realistic, exactly what is heard in pubs, offices and cafes all over the city. As well as giving the reader some insight into the publishing industry, Blacklock explores some topical themes: e-readers, the erotica phenomenon, alcoholism and behaviour under the influence, as well as some age-old issues like secrets, jealousy, betrayal, double standards in male/female behaviour and career/family balance. Medical jargon, male nurses, insecure authors, twins and hangover cures all feature. What Blacklock’s latest novel elegantly demonstrates is the prime importance to a relationship of honesty, communication and trust. Each time Dianne Blacklock publishes a new novel, her fans wonder if she can maintain the high standard she has set for herself; with The Best Man, she once again raises the bar. A brilliant read.


A Preview for this title is currently not available.
More Books By Dianne Blacklock
View All