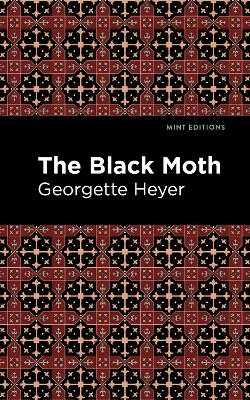 The Black Moth (1921) is a historical romance novel by Georgette Heyer. Initially devised as a series of stories for her younger brother Boris, who suffered from hemophilia, The Black Moth became Heyer's debut novel following its discovery by her father, who recognized its merits and sought publication. Published in Britain and the United States, The Black Moth was a commercial success that launched the career of one of twentieth-century England's most popular writers of fiction.


Set during the Georgian era of the 1750s, the story follows Lord Jack Carstares, a disgraced nobleman who turns to a life of crime after taking the blame for his brother's persistent dishonesty at cards. Branded a cheater and a thief, Jack briefly flees England before returning under the name of Sir Anthony Ferndale. Forced into the shadows, he becomes a highwayman notorious for robbing the carriages of the rich. Following his father's death and his brother's ascent to the head of the family estate, Jack is caught while robbing the carriage of a man who turns out to be Miles O'Hara, an old friend and Justice of the Peace. Arrested, Jack is forced to reveal his identity, and is promptly forgiven. Retaining his disguise and unready to rejoin the social life of England's elite, Jack becomes embroiled in a scandal involving the abduction of Miss Diana Beauleigh, whom he rescues from the wicked Duke of Andover. Unable to remain anonymous for much longer, Jack is pulled by his innate goodness toward the friends and family he has long since left behind, allowing him one last chance at redemption.
With a beautifully designed cover and professionally typeset manuscript, this edition of Georgette Heyer's The Black Moth is a classic work of English historical romance reimagined for modern readers.

Other Editions - The Black Moth by Georgette Heyer 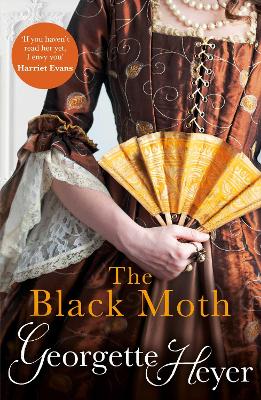 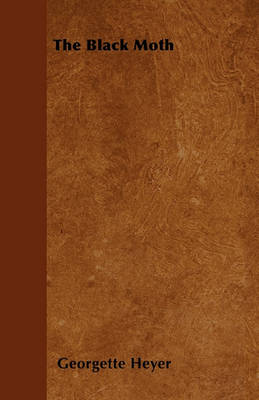 » Have you read this book? We'd like to know what you think about it - write a review about The Black Moth book by Georgette Heyer and you'll earn 50c in Boomerang Bucks loyalty dollars (you must be a Boomerang Books Account Holder - it's free to sign up and there are great benefits!)


A Preview for this title is currently not available.
More Books By Georgette Heyer
View All