'Perveen [Mistry] is much more than a sari-clad Miss Marple: she's Bombay's first female lawyer as well as a keenly intelligent sleuth, a trail-blazing woman balancing the weight of family tradition with her own dreams . . . a deliciously satisfying read!' Kate Quinn, The New York Times bestselling author of The Rose Code


November, 1921. Edward VIII, Prince of Wales and future ruler of India, is arriving in Bombay to begin a four-month tour.

The Indian subcontinent is chafing under British rule, and India's only female lawyer, Perveen Mistry, isn't surprised when local unrest spirals into riots. But she's horrified by the death of Freny Cuttingmaster, an eighteen-year-old student who falls from a second-floor gallery just as the prince's grand procession is passing by her college.

Freny had come for a legal consultation just days before her death, and what she confided makes Perveen suspect that her death was not an accident. When Freny's death is indeed ruled a murder, Perveen knows she can't rest until she sees justice done.


'Fantastic! . . . Anyone who likes Miss Fisher's Murder Mysteries will love this.' Bri Lee, bestselling author of Eggshell Skull, on The Satapur Moonstone

'Massey has created the best gumshoe of them all - the utterly wonderful, exceptional Perveen Mistry. Bright and brilliantly aware.' The Maitland Mercury on The Satapur Moonstone

Other Editions - The Bombay Prince by Sujata Massey 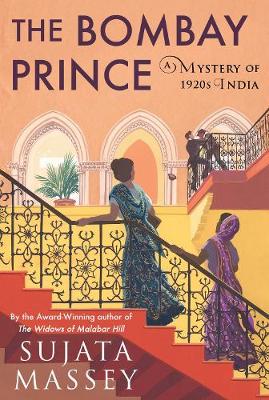 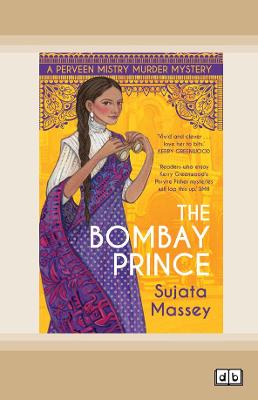 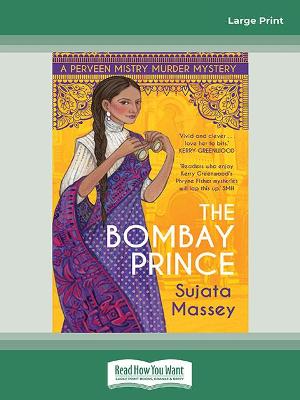 » Have you read this book? We'd like to know what you think about it - write a review about The Bombay Prince book by Sujata Massey and you'll earn 50c in Boomerang Bucks loyalty dollars (you must be a Boomerang Books Account Holder - it's free to sign up and there are great benefits!)

5 stars The Bombay Prince is the third book in the Perveen Mistry series by award-winning British-born American author, Sujata Massey. It’s November 1921, Edward, Prince of Wales is on a state visit to India, and the citizens of Bombay are expected to line the streets in welcome. Some are happy to; others protest their colonial status by boycotting the welcome parade; and pro-Independence activists mount overt protests.

Perveen Mistry joins her friend, Alice on a stand in front of Woodburn College to watch the parade. She notes the absence of a second-year Parsi student, Freny Cuttingmaster, who had been to see her at Mistry Law some days earlier.

Then, in rapid succession, Perveen witnesses the violent arrest of a student who tries to disrupt the parade with a vociferous protest against imperial rule, and is prevented from offering him legal assistance; she is called to where the body of Freny Cuttingmaster, lies in the college garden; she is quite rudely ordered about on five separate occasions by college staff, police and a military attaché; she has to intervene on behalf of grieving parents with an officious municipal employee; and she has a narrow escape when she unwisely confronts a trio of looters alone. From the scene, Perveen believes that Freny must have fallen from the college balcony, but was it an accident (possible), suicide (unlikely), or murder? If the latter, the killer might be found amongst the staff or students o the college, or pro-independence rioters, or even a member of her family. Freny was known to be a member of Student Union with pro-independence sympathies: might this be a factor in her death?

Over the next days, Perveen is kept busy, not just with matters generated by damage to various businesses by looters, but is allowed to speak for Freny’s parents at the inquest, visits a prison cell, and spends a night at a fancy hotel, where she bumps into ICE political agent, Colin Sandringham. And while her focus must always be on her career and advancing the cause of women in India’s legal profession, she does find his presence distracting…

Once again, Massey gives the reader a tale filled with rich everyday historical minutiae, making the detail of custom and ritual easy to assimilate, while providing a plot that will keep the reader guessing until the final pages. And while it could be read as a stand-alone, familiarity with the regular characters and their backgrounds certainly enhances the reader’s enjoyment. Fascinating historical crime fiction. This unbiased review is from an uncorrected proof copy provided by Allen & Unwin.