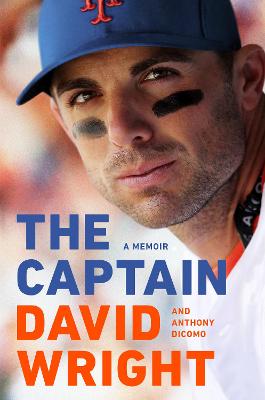 The Captain: A Memoir

Description - The Captain: A Memoir by David Wright

The memoir from the last Mets captain, David Wright, one of the most admired players in recent MLB history, about his inspiring and deep commitment to the game.

A memoir from one of the most admired players in baseball, the captain of the New York Mets, David Wright

David Wright played his entire Major League Baseball career for one team, the team he dreamed of playing for as a kid- the New York Mets.

A quick fan favorite from Virginia who then earned his stripes in New York, Wright came back time and again from injury and demonstrated the power of hard work, total commitment, and an infinite love of the game.

Wright's stats are one thing. He was a seven-time All-Star, a two-time Gold Glove Award winner, and a two-time Silver Slugger Award winner. He holds many Mets franchise records and was nicknamed "Captain America" after his performance in the 2013 World Baseball Classic. But there is more- The walk-offs. The Barehand. The Subway Series and World Series home runs. And the electricity that swept through Shea Stadium then Citi Field whenever number 5, "the Captain," was in the game.

Other Editions - The Captain: A Memoir by David Wright 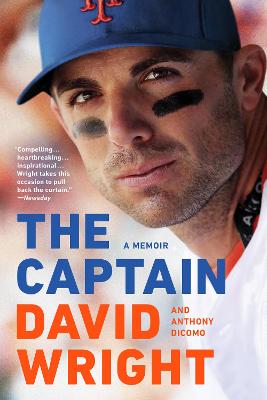 Book Reviews - The Captain: A Memoir by David Wright

» Have you read this book? We'd like to know what you think about it - write a review about The Captain: A Memoir book by David Wright and you'll earn 50c in Boomerang Bucks loyalty dollars (you must be a Boomerang Books Account Holder - it's free to sign up and there are great benefits!)


A Preview for this title is currently not available.
More Books By David Wright
View All

Executor's, Administrator's and Guardian's Guide: Containing a Summary of the Laws of New-York Regulating the Appointment, Powers, Duties, Rights, and Obligations, of Executors, Administrators, and Guardians with General Directions Appertaining Thereto:
$68.83 $76.48