The Centrality of Crime Fiction in American Literary Culture

This collection of essays by leading scholars insists on a larger recognition of the importance and diversity of crime fiction in U.S. literary traditions. Instead of presenting the genre as the property of Dashiell Hammett and Raymond Chandler, this book maps a larger territory which includes the domains of Mark Twain, F. Scott Fitzgerald, William Faulkner, Richard Wright, Flannery O'Connor, Cormac McCarthy and other masters of fiction.The essays in this collection pay detailed attention to both the genuine artistry and the cultural significance of crime fiction in the United States. It emphasizes American crime fiction's inquiry into the nature of democratic society and its exploration of injustices based on race, class, and/or gender that are specifically located in the details of American experience.Each of these essays exists on its own terms as a significant contribution to scholarship, but when brought together, the collection becomes larger than the sum of its pieces in detailing the centrality of crime fiction to American literature. This is a crucial book for all students of American fiction as well as for those interested in the literary treatment of crime and detection, and also has broad appeal for classes in American popular culture and American modernism. 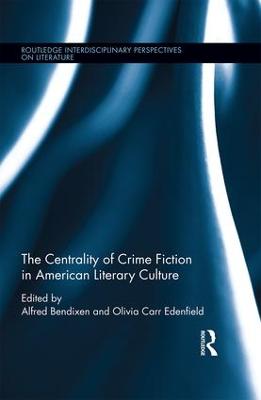 » Have you read this book? We'd like to know what you think about it - write a review about The Centrality of Crime Fiction in American Literary Culture book by Alfred Bendixen and you'll earn 50c in Boomerang Bucks loyalty dollars (you must be a Boomerang Books Account Holder - it's free to sign up and there are great benefits!)


A Preview for this title is currently not available.
More Books By Alfred Bendixen
View All