Description - The Child Savage, 1890-2010: From Comics to Games by Elisabeth Wesseling

Taking up the understudied relationship between the cultural history of childhood and media studies, this volume traces twentieth-century migrations of the child-savage analogy from colonial into postcolonial discourse across a wide range of old and new media. Older and newer media such as films, textbooks, children's literature, periodicals, comic strips, children's radio, and toys are deeply implicated in each other through ongoing 'remediation', meaning that they continually mimic, absorb and transform each other's representational formats, stylistic features, and content. Media theory thus confronts the cultural history of childhood with the challenge of re-thinking change in childhood imaginaries as transformation-through-repetition patterns, rather than as rise-shine-decline sequences. This volume takes up this challenge, demonstrating that one historical epoch may well accommodate diverging childhood repertoires, which are recycled again and again as they are played out across a whole gamut of different media formats in the course of time.

Other Editions - The Child Savage, 1890-2010: From Comics to Games by Elisabeth Wesseling 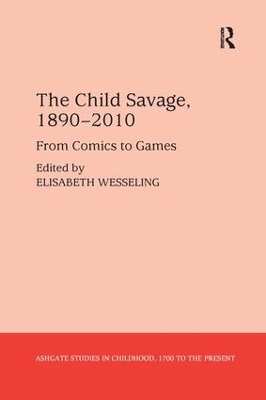 Book Reviews - The Child Savage, 1890-2010: From Comics to Games by Elisabeth Wesseling

» Have you read this book? We'd like to know what you think about it - write a review about The Child Savage, 1890-2010: From Comics to Games book by Elisabeth Wesseling and you'll earn 50c in Boomerang Bucks loyalty dollars (you must be a Boomerang Books Account Holder - it's free to sign up and there are great benefits!)


A Preview for this title is currently not available.
More Books By Elisabeth Wesseling
View All