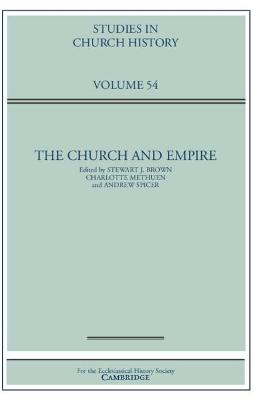 The Church and Empire

Description - The Church and Empire by Stewart J. Brown

'The Church and Empire', the theme of Studies in Church History, 54, reflects the reality that from its beginnings, the Christian Church has had close, often symbiotic, relationships with empires and imperial power. Initially the Church engaged with the Roman Empire, subsequently in Europe with the Carolingian, Anglo-Norman, Genoese, Venetian and Holy Roman Empires, and later - through the Church's global expansion with European empires in the Americas, Africa and Asia - the Spanish, Dutch, French and British empires, and the imperial structures it encountered there. Bringing together the work of twenty-four historians, this volume explores the relations of churches and empires, and Christian conceptions of empire, in the ancient, medieval, early modern and modern periods, as well as the role of empire in the global expansion of Christianity.

Book Reviews - The Church and Empire by Stewart J. Brown

» Have you read this book? We'd like to know what you think about it - write a review about The Church and Empire book by Stewart J. Brown and you'll earn 50c in Boomerang Bucks loyalty dollars (you must be a Boomerang Books Account Holder - it's free to sign up and there are great benefits!)


A Preview for this title is currently not available.
More Books By Stewart J. Brown
View All