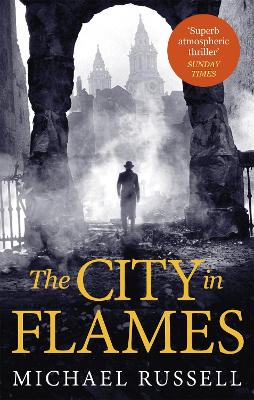 The City in Flames

Description - The City in Flames by Michael Russell

1940. A woman lands on the Scottish coast from a German flying boat and goes to ground, hunted by British Intelligence.Suspended from the Irish police for reasons he won't explain, Detective Inspector Stefan Gillespie is working on his father's farm in Wicklow. One day he vanishes, leaving no sign of where he is heading - or why. Even in rural Ireland, rumours of assassination and Nazi spies fill the air, leaving Stefan's father to wonder whether he is in terrible danger.Meanwhile in London, Stefan is undercover, working in a pub: The Bedford Arms in Camden. Run by an alcoholic, bankrupt landlord, it's a wartime refuge for the Irish in London. And while the city shakes under the Blitz, Stefan falls into a romance with Vera Kennedy, an Irishwoman who has her own dark secrets to hide.But behind closed doors, a different war is being fought, and Stefan has more work than pulling pints on his hands. The Bedford Arms hides some unexpected dangers. The drunken landlord is not as witless as he seems, and Stefan's mission is under perilous threat.When Vera disappears, he discovers that the Nazis were far closer to home than he thought. As he embarks on a journey to trace Vera from London to Ireland, Stefan will have to decide where his true loyalties lie.Praise for Michael Russell'Complex but compelling . . . utterly vivid and convincing' Independent on Sunday'A superb, atmospheric thriller' Irish Independent'A thriller to keep you guessing and gasping' Daily Mail 'Atmospheric' Sunday Times

Other Editions - The City in Flames by Michael Russell 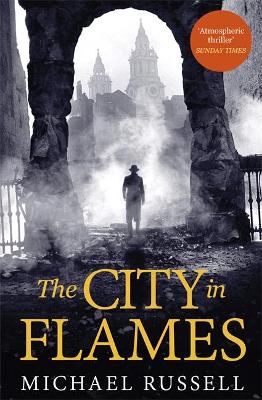 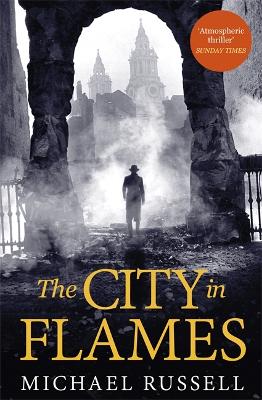 Book Reviews - The City in Flames by Michael Russell

» Have you read this book? We'd like to know what you think about it - write a review about The City in Flames book by Michael Russell and you'll earn 50c in Boomerang Bucks loyalty dollars (you must be a Boomerang Books Account Holder - it's free to sign up and there are great benefits!)


A Preview for this title is currently not available.
More Books By Michael Russell
View All

Polynesia: A History of the South Sea Islands, Including New Zealand; With Narrative of the Introduction of Christianity, & C
$110.10 $122.33