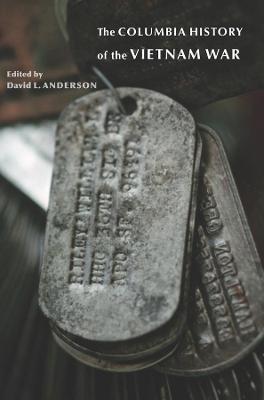 The Columbia History of the Vietnam War

Description - The Columbia History of the Vietnam War by David Anderson

Rooted in recent scholarship, The Columbia History of the Vietnam War offers profound new perspectives on the political, historical, military, and social issues that defined the war and its effect on the United States and Vietnam. Laying the chronological and critical foundations for the volume, David L. Anderson opens with an essay on the Vietnam War's major moments and enduring relevance. Mark Philip Bradley follows with a reexamination of Vietnamese revolutionary nationalism and the Vietminh-led war against French colonialism. Richard H. Immerman revisits Eisenhower's and Kennedy's efforts at nation building in South Vietnam, and Gary R. Hess reviews America's military commitment under Kennedy and Johnson. Lloyd C. Gardner investigates the motivations behind Johnson's escalation of force, and Robert J. McMahon focuses on the pivotal period before and after the Tet Offensive. Jeffrey P. Kimball then makes sense of Nixon's paradoxical decision to end U.S. intervention while pursuing a destructive air war.

John Prados and Eric Bergerud devote essays to America's military strategy, while Helen E. Anderson and Robert K. Brigham explore the war's impact on Vietnamese women and urban culture. Melvin Small recounts the domestic tensions created by America's involvement in Vietnam, and Kenton Clymer traces the spread of the war to Laos and Cambodia. Concluding essays by Robert D. Schulzinger and George C. Herring account for the legacy of the war within Vietnamese and American contexts and diagnose the symptoms of the "Vietnam syndrome" evident in later debates about U.S. foreign policy. America's experience in Vietnam continues to figure prominently in discussions about strategy and defense, not to mention within discourse on the identity of the United States as a nation. Anderson's expert collection is therefore essential to understanding America's entanglement in the Vietnam War and the conflict's influence on the nation's future interests abroad. » Have you read this book? We'd like to know what you think about it - write a review about The Columbia History of the Vietnam War book by David Anderson and you'll earn 50c in Boomerang Bucks loyalty dollars (you must be a Boomerang Books Account Holder - it's free to sign up and there are great benefits!)


A Preview for this title is currently not available.
More Books By David Anderson
View All

Overcoming the Threat to Our Future: A Book About the Existential Threat to Our Evolutionary Future, a Book That Explains How We Can Overcome That Threat
$66.10 $73.45

A Charge Delivered to the Clergy of the Diocese of Rupert's Land, at His Primary Visitation
$36.92 $41.02