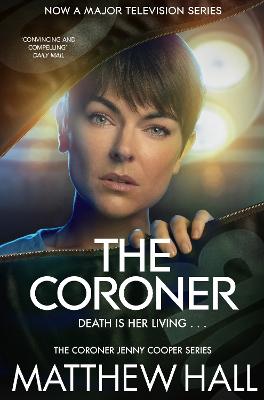 Description - The Coroner by Matthew Hall

When those in power hide the truth, she risks everything to reveal it.

When lawyer, Jenny Cooper, is appointed Severn Vale District Coroner, she's hoping for a quiet life and space to recover from a traumatic divorce, but the office she inherits from the recently deceased Harry Marshall contains neglected files hiding dark secrets and a trail of buried evidence.

Could the tragic death in custody of a young boy be linked to the apparent suicide of a teenage prostitute and the fate of Marshall himself? Jenny's curiosity is aroused. Why was Marshall behaving so strangely before he died? What injustice was he planning to uncover? And what caused his abrupt change of heart?

In the face of powerful and sinister forces determined to keep both the truth hidden and the troublesome coroner in check, Jenny embarks on a lonely and dangerous one-woman crusade for justice which threatens not only her career but also her sanity.

The Coroner is followed by the second book in the Coroner Jenny Cooper series, The Disappeared.

The Jenny Cooper novels have been adapted into a hit TV series, Coroner, made for CBC and NBC Universal starring Serinda Swan and Roger Cross.

Other Editions - The Coroner by Matthew Hall 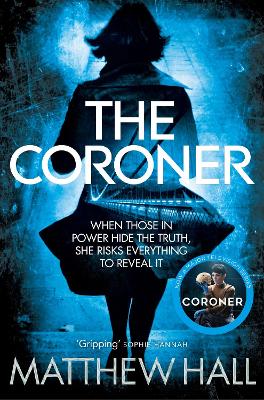 » Have you read this book? We'd like to know what you think about it - write a review about The Coroner book by Matthew Hall and you'll earn 50c in Boomerang Bucks loyalty dollars (you must be a Boomerang Books Account Holder - it's free to sign up and there are great benefits!)


A Preview for this title is currently not available.
More Books By Matthew Hall
View All

Greening Criminology in the 21st Century: Contemporary debates and future directions in the study of environmental harm
$81.17 $81.99

Body Language Psychology: Your Definitive Guide On How To Analyze Body Language And Learn All About The World Of Dark Psychology Secrets And Persuasion
$124.20 $138.00

NLP Secrets: Your Helpful Guide To Understand The Secrets And Techniques Of NLP And Persuasion To Become The Master Of Your Success
$82.03 $91.14

Body Language: Your Great Guide For The World Of Body Language Psychology And The Different Techniques Of Dark Psychology and Non-Verbal Communication To Become The Master Of Your Success
$88.35 $98.17

How to Analyze People: The Ultimate Real-Life Manual On Covert Manipulation By Revealing NLP Secrets And The Completely New Approach To Manipulation Using NLP Techniques
$124.20 $138.00

Dark Psychology: Your Great Manual To Learn All The Dark Techniques Of Dark Psychology And Manipulation And Understand Mind Control, Hypnosis And NLP
$79.92 $88.80