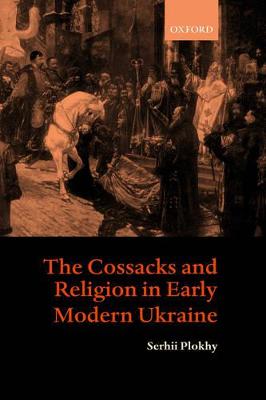 The Cossacks and Religion in Early Modern Ukraine

The Ukrainian Cossacks became famous as ferocious warriors, their fighting skills developed in their religious wars against the Tartars, Turks, Poles, and Russians. In this pioneering study, Serhii Plokhy examines the confessionalization of religious life in the early modern period, and shows how Cossack involvement in the religious struggle between Eastern Orthodoxy and Roman Catholicism helped shape not only Ukrainian but also Russian and Polish cultural identities.

» Have you read this book? We'd like to know what you think about it - write a review about The Cossacks and Religion in Early Modern Ukraine book by Serhii Plokhy and you'll earn 50c in Boomerang Bucks loyalty dollars (you must be a Boomerang Books Account Holder - it's free to sign up and there are great benefits!)


A Preview for this title is currently not available.
More Books By Serhii Plokhy
View All