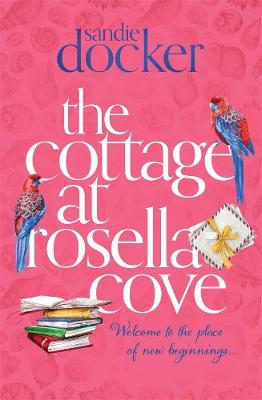 The Cottage at Rosella Cove

Description - The Cottage at Rosella Cove by Sandie Docker

Why had the house stayed empty so long? Why had it never been sold?

LOST
Nicole has left her city life for the sleepy town of Rosella Cove, renting the old cottage by the water. She plans to keep to herself - but when she uncovers a hidden box of wartime love letters, she realises she's not the
first person living in this cottage to hide secrets and pain.

FOUND
Ivy's quiet life in Rosella Cove is tainted by the events of World War II, with ramifications felt for many years to come. But one night a drifter appears and changes everything. Perhaps his is the soul she's meant to save.

FORGOTTEN
Charlie is too afraid of his past to form any lasting ties in the cove. He knows he must make amends for his tragic deeds long ago, but he can't do it alone. Maybe the new tenant in the cottage will help him fulfil a promise and find the redemption he isn't sure he deserves.

Welcome to the cottage at Rosella Cove, where three damaged souls meet and have the chance to rewrite their futures.

'The best of the best of heart-wrenching yarns...' Woman's Day

Other Editions - The Cottage at Rosella Cove by Sandie Docker 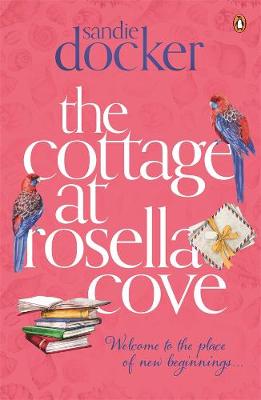 Book Reviews - The Cottage at Rosella Cove by Sandie Docker

» Have you read this book? We'd like to know what you think about it - write a review about The Cottage at Rosella Cove book by Sandie Docker and you'll earn 50c in Boomerang Bucks loyalty dollars (you must be a Boomerang Books Account Holder - it's free to sign up and there are great benefits!)

“’If you knew who I really was, you wouldn’t be wasting your energy.’ ‘I may not know who you were, but I reckon I know who you are.’”

The Cottage at Rosella Cove is the second novel by Australian author, Sandie Docker. When recently-published author, Nicole Miller comes to Rosella Cove, she’s trying not to think about the last few years of her life. She’s here to escape all that. She has a six-month lease on a coastal cottage, rent-free as long as she does some minor restoration work. But the reality is daunting. It’s been unlived-in (except by a possum) since Ivy Wilson died, forty years ago, and Nicole may have overstated her renovation skills. She has little choice, however, arriving penniless and with a bad case of writer’s block, so she knuckles down.

Soon enough she runs into Charlie, a taciturn old man apparently living in the nearby boatshed, who clearly does not want to socialise (and maybe that suits Nicole too). Other members of the town are at the opposite end of the social interaction scale: at Trevor’s Tradies, Mandy proves to be a chatty busy-body who seems to know everything and everyone and is, before long, barging in without invitation. She does bring with her an entourage of willing helpers whose assistance Nicole finds herself gratefully accepting. It seems the town wants this restoration done, and done well.

There’s a lot of hard work, but Nicole is rewarded by a fascinating find: a carved shell box filled with letters Ivy wrote to her husband over seventy years earlier. Other hints and mentions of Ivy’s life see Nicole succumbing to breaking the seals and reading these private letters, limiting herself, with remarkable restraint, to one each day.

Three basic narratives tell the story: present day events are told from Nicole’s (and occasionally Charlie’s) perspective; the events that drove Nicole from the city are revealed when certain things force her to recall her toxic relationship with lawyer, Mark Avery; and Ivy’s letters chat informally about her life, always including some town gossip. Slowly, in hints and clues and tiny traces, the mystery that surrounds the enigmatic hermit in the boatshed is unveiled.

Docker’s characters (obviously except for the psychopath) are appealing, for all their faults and failings, and it’s satisfying to see them overcome the weaknesses that hold them back. As with The Kookaburra Creek Café, Docker’s small town has a genuine sense of community, of kindness and support that, despite the gossip and the lack of privacy, make it a place to which it would be a joy to belong. Docker’s second novel may well cement her place as the queen of the Aussie feelgood novel. A superb read. 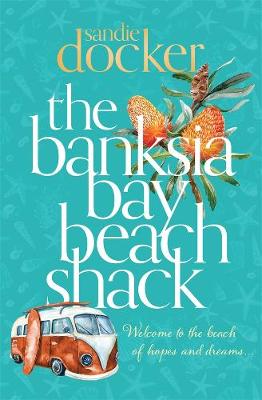