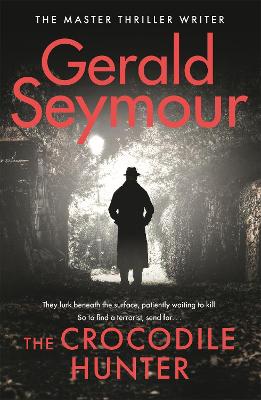 'Enthralling' - The Sunday Times'Compelling' - The TimesA thrilling story of the secret services, their enemies and the society they operate in, building with unrelenting suspense to a superb climax, The Crocodile Hunter is Gerald Seymour writing at the top of his powers.In the office at MI5 where he works, they call Jonas Merrick 'the eternal flame'. It isn't a compliment. It's because he never goes out. He never goes undercover, never does surveillance, never goes with the teams that kick down the doors or seize the suspects off the street. He commutes into work and sits at his desk and then he goes home.But Jonas has qualities the hot-shots fail to notice: a steely concentration, a ruthless ability to focus and find the enemy hiding in plain sight.Hearing of a British Jihadi returning from Syria with murderous plans, Jonas sends out for a telling photograph: a crocodile, almost submerged, just its eyes above water as it waits for unsuspecting prey to drink at the riverbank.Coming ashore near Dover, Cameron Jilkes is a young man from a broken home and a failed education, trained in the harshest theatre of war, driven to rage by loss and pain.And this time, 'the eternal flame' must go out - to hunt the crocodile himself.'A novel displaying all the author's many strengths, from his John le Carre-like ability to portray the intelligence world from top to bottom, to its line up of memorable supporting characters' The Sunday Times on BEYOND RECALLReaders love THE CROCODILE HUNTER:'Another winner from Gerald Seymour' 5*'An outstanding book and thoroughly recommended' 5*'Every year without fail . . . Gerald Seymour comes up with a masterful thriller . . . A wonderful read from a master of his craft' 5*

Other Editions - The Crocodile Hunter: The Master Thriller Writer by Gerald Seymour 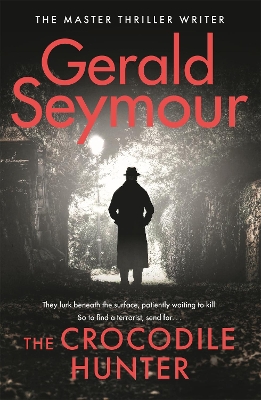 » Have you read this book? We'd like to know what you think about it - write a review about The Crocodile Hunter: The Master Thriller Writer book by Gerald Seymour and you'll earn 50c in Boomerang Bucks loyalty dollars (you must be a Boomerang Books Account Holder - it's free to sign up and there are great benefits!)


A Preview for this title is currently not available.
More Books By Gerald Seymour
View All