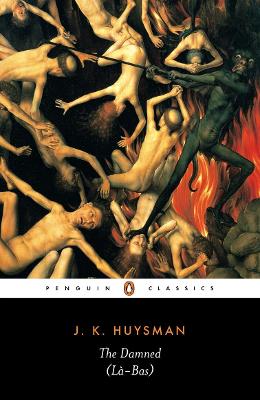 Description - The Damned by Joris-Karl Huysmans

Huysmans' gaudy, shocking and largely autobiographical novel La-Bas was described by one critic as 'even more disquieting' than his masterpiece, A Rebours (Against Nature.It follows Durtal, a shy, censorious man, who is writing a biography of Gilles de Rais, the fifteenth-century child murderer and supposed original for 'Bluebeard'. Durtal is bored and disgusted by the vulgarity of everyday life and seeks spiritual solace by immersing himself in another age. But when he meets the exquisitely evil Madame Chantelouve, he is drawn into the twilight world of black magic and erotic devilry in fin-de-siecle Paris.Huysmans' major novels have suffered censorship and condemnation; even his admirers thought him too preoccupied with the strange, exotic and unhealthy. Now he is recognised as one of the most challenging and innovative figures in European literature. La-Bas is, as Terry Hale says, 'a novel awaiting both legitimacy and rediscovery in English'.

» Have you read this book? We'd like to know what you think about it - write a review about The Damned book by Joris-Karl Huysmans and you'll earn 50c in Boomerang Bucks loyalty dollars (you must be a Boomerang Books Account Holder - it's free to sign up and there are great benefits!)