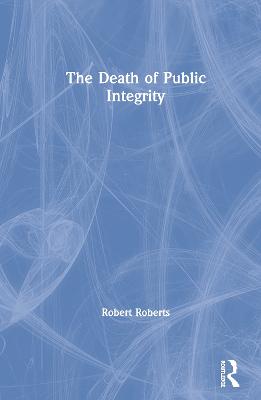 The Death of Public Integrity

Description - The Death of Public Integrity by Robert Roberts

From the late nineteenth century through the 1970s, several government reform movements succeeded in controlling traditional types of public corruption. But has this historic success led to a false sense of security among public management scholars and professionals? As this book argues, powerful special interests increasingly find effective ways to gain preferential treatment without violating traditional types of public corruption prohibitions. Although the post-Watergate good government reform movement sought to close this gap, the 1980s saw a backlash against public integrity regulation, as the electorate in the United States began to split into two sharply different camps driven by very different moral value imperatives.

Taking a historical view from the ratification of the U.S. Constitution through to the Trump administration, The Death of Public Integrity details efforts by reformers to protect public confidence in the integrity of government at the local, state, and federal levels. Arguing that progressives and conservatives increasingly live in different moral worlds, author Robert Roberts demonstrates the ways in which it has become next to impossible to hold public officials accountable without agreement on what constitutes immoral conduct. This book is required reading for students of public administration, public policy, and political science, as well as those interested in public service ethics.

Other Editions - The Death of Public Integrity by Robert Roberts 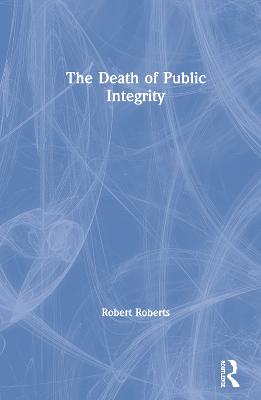 Book Reviews - The Death of Public Integrity by Robert Roberts

» Have you read this book? We'd like to know what you think about it - write a review about The Death of Public Integrity book by Robert Roberts and you'll earn 50c in Boomerang Bucks loyalty dollars (you must be a Boomerang Books Account Holder - it's free to sign up and there are great benefits!)


A Preview for this title is currently not available.
More Books By Robert Roberts
View All

Christendom Astray: Or, Popular Christianity (Both in Faith and Practice), Shewn to Be Unscriptural
$99.07 $110.08

Christendom Astray: Or, Popular Theology, Both in Faith and Practice, Shewn to Be Unscriptural. 18 Lects. Orig. Publ. as 'twelve Lectures on the True Teaching of the Bible'
$99.07 $110.08

The Law of Moses as a Rule of National and Individual Life and the Enigmatical Enunciation of Divine Principles and Purposes
$99.07 $110.08

The Social Laws of the Qoran Considered, and Compared with Those of the Hebrew and Other Ancient Codes
$45.74 $50.82