Description - The Deceptions by Suzanne Leal

Moving from wartime Europe to modern day Australia, The Deceptions is a powerful story of old transgressions, unexpected revelations and the legacy of lives built on lies and deceit.

Prague, 1943. Taken from her home in Prague, Hana Lederova finds herself imprisoned in the Jewish ghetto of Theresienstadt, where she is forced to endure appalling deprivation and the imminent threat of transportation to the east. When she attracts the attention of the Czech gendarme who becomes her guard, Hana reluctantly accepts his advances, hoping for the protection she so desperately needs.

Sydney, 2010. Manipulated into a liaison with her married boss, Tessa knows she needs to end it, but how? Tessa's grandmother, Irena, also has something to hide. Harkening back to the Second World War, hers is a carefully kept secret that, if revealed, would send shockwaves well beyond her own fractured family.

Inspired by a true story of wartime betrayal, The Deceptions is a searing, compassionate tale of love and duplicity-and family secrets better left buried.

'The Deceptions is a stunning example of the way fiction tells war better than any other form - I could taste its madness, its horror. Saw from the outside, its utter absurdity. For days after reading the novel I found myself wrestling with the price of betrayal, and the value of truth.' - Sofie Laguna, winner of the Miles Franklin Literary Award

'At what cost can a survivor of hell rebuild a seemingly normal life? The Deceptions is a gripping and tragic story for our times.' - Leah Kaminsky, author of The Hollow Bones

'Impossible to put down. Leal is a master storyteller. Mesmerising, heartbreaking, honest-The Deceptions is ferociously good.' - Nikki Gemmell, author of After

'Those who grew up in the shadow of the Second World War had Elie Wiesel's Night to define for them the enormity for the Holocaust. Those who were born later can now rely upon Suzanne Leal's brilliant and confronting novel The Deceptions to open their eyes to the true horrors of Nazism.' - Alan Gold, author of Bloodline

Other Editions - The Deceptions by Suzanne Leal 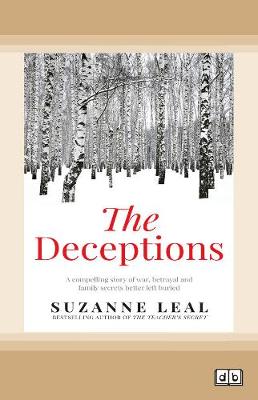 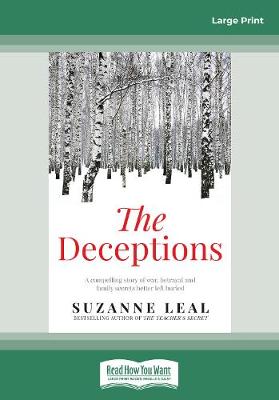 » Have you read this book? We'd like to know what you think about it - write a review about The Deceptions book by Suzanne Leal and you'll earn 50c in Boomerang Bucks loyalty dollars (you must be a Boomerang Books Account Holder - it's free to sign up and there are great benefits!)

Book Review: The Deceptions by Suzanne Leal - Reviewed by CloggieA (09 May 2020)

4 stars The Deceptions is the third novel by Australian lawyer and author, Suzanne Leal. Once a gendarme of the Provincial Detachment of Bohemia, Czech émigré Karel Kruta is living out his later years in Sydney with Irena, his wife of almost seventy years. Karl, as he calls himself now, spends a lot of time in his garden, tending vegetables and thinking back to 1943, to his days guarding a group of Jewish women digging the garden at Terezin (Theresienstadt), and to one woman in particular: Hana Lederova.

Hana was a fairly naïve young woman who’d had a sheltered upbringing. She had a certain poise, though, and Karel, an unsophisticated farmer’s son, was bedazzled. Before her parents were taken to Auschwitz, Hana’s mother had given her some quite unexpected advice about staying alive, so she cultivated Karel’s ardent, artless love: he gave her kindness and food. But when she received that dreaded slip of paper, where was he?

The German invasion had wrenched her from her comfortable existence in Prague as the daughter of a dentist; “Sara” was inserted into her name by the SS. As Hana Sara Lederova, she was transported to Theresienstadt, Auschwitz, Kurzbach, then a Death March to Gross Rosen and Bergen Belsen.

Settling in England after liberation, she was happy to abandon those names and the awful memories they conjured. Now a widow in her late eighties, she is careful not to let her thoughts stray to the events of her twenties. How could she predict that a family wedding would return the horror to centre stage?

Four narrative strands carry the story: the events of the 1940s are related by Karel and Hana; seventy years on, their voices are joined by Ruth, a church minister, and Tessa, Karel’s granddaughter. The back-cover blurb is a little misleading (that family wedding does not even merit a mention until 60 pages from the end) and the reader is advised to exercise patience to learn how the tenuous links between the characters slowly realise significance.

Hana’s story certainly takes a refreshingly different tone from that of many of the currently circulating Holocaust stories: her voice feels authentic and realistic. Leal does seem to try to fit quite a lot into this novel: as well as the adultery, the secrets and guilt, there are fleeting glimpses of dementia and political refugees.

There are no stereotypes among the characters: all have strengths and weaknesses, good qualities and very human flaws. More of Ruth’s story would have been welcome. And maybe less of Tessa’s affair. Inspired by stories told by Holocaust survivors, this is a moving and thought-provoking read. This unbiased review is from an uncorrected proof copy provided by Allen & Unwin. 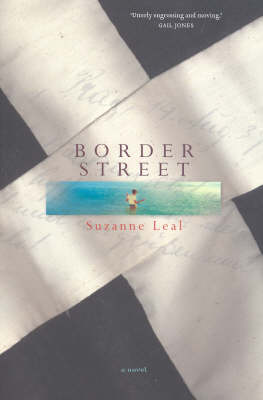