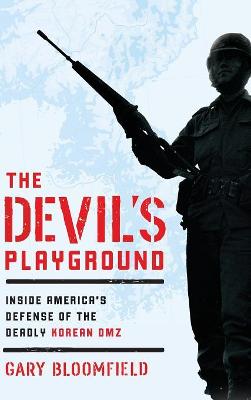 The Devil's Playground: Inside America's Defense of the Deadly Korean DMZ

Description - The Devil's Playground: Inside America's Defense of the Deadly Korean DMZ by Gary L. Bloomfield

The Devil's Playground is a timely account of what it is like to serve along perhaps the most dangerous and sensitive strip of land in the world. In recent months two bullet-riddled attempted escapes from North to South brought worldwide headlines. And with Donald Trump and Kim Jong-un exchanging threats, the world hopes for a diplomatic solution, but watches with bated breath.

The Devil's Playground is a living history with the spit of real life and a vivid look at brinksmanship in its most precarious state.

» Have you read this book? We'd like to know what you think about it - write a review about The Devil's Playground: Inside America's Defense of the Deadly Korean DMZ book by Gary L. Bloomfield and you'll earn 50c in Boomerang Bucks loyalty dollars (you must be a Boomerang Books Account Holder - it's free to sign up and there are great benefits!)


A Preview for this title is currently not available.
More Books By Gary L. Bloomfield
View All