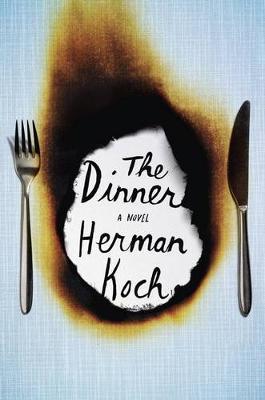 Paul Lohman and his brother Serge and their wives are going to dinner. Paul knows the evening will not be fun. The restaurant will be overpriced and pretentious, and almost everything the charismatic Serge does will infuriate him. But tonight's get-together will be worse than usual because there is something the two couples have to discuss. When the small talk is over, the conversation will turn to their teenage sons. And the terrible thing they have done. And how far the four of them will go to save their children from the consequences of their actions.

Other Editions - The Dinner: Film Tie-In by Herman Koch 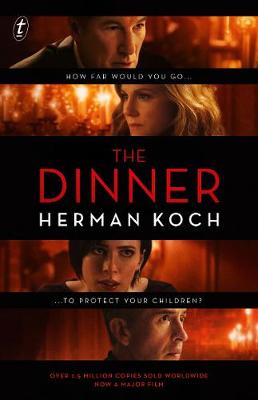 » Have you read this book? We'd like to know what you think about it - write a review about The Dinner: Film Tie-In book by Herman Koch and you'll earn 50c in Boomerang Bucks loyalty dollars (you must be a Boomerang Books Account Holder - it's free to sign up and there are great benefits!)

The Dinner is the sixth novel by Dutch actor, television and radio producer, newspaper columnist and author, Herman Koch, and the first book to be translated into English. Two brothers and their wives meet for dinner at an expensive restaurant to discuss the management of the recent, shocking activities of their teenaged sons. Serge Lohman is the charismatic leader of an opposition party poised to take power at the next election, a few months away, making him a strong candidate for the next Prime Minister of the Netherlands. His younger brother, Paul, has little respect for his brother’s position and posturing, instead being focussed on the happiness of his own small family. The events of the evening are narrated by Paul and are interspersed with flashbacks to incidents that occurred months or years previously. Koch is a master craftsman when it comes to building his main character: Paul starts out as a reasonable, upstanding citizen, although his antagonism towards his brother is immediately apparent. As the story progresses, a different person begins to be revealed by glimpses, at first fleeting but gradually more sustained, and the reader starts to wonder about Paul’s reliability as a narrator. In fact, none of the characters is quite what they first appear to be. Koch uses his novel to comment on Dutch tourists, pretentious restaurants, politics, marriage, parental control and adolescent right to privacy, youth violence and the internet, eugenics, and the instinct to protect one’s young. Koch manages to include blackmail, a hereditary disorder, You Tube clips, quite a bit of violence, some hilarious descriptions of restaurant practices, a plot twist that will leave readers gasping and a chilling climax. This compelling, thought-provoking novel is flawlessly translated by Sam Garrett.


A Preview for this title is currently not available.
More Books By Herman Koch
View All