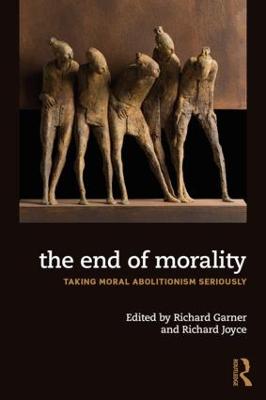 According to the moral error theorist, all moral judgments are mistaken. The world just doesn't contain the properties and relations necessary for these judgments to be true. But what should we actually do if we decided that we are in this radical and unsettling predicament-that morality is just a widespread and heartfelt illusion? One suggestion is to eliminate all talk and thought of morality (abolitionism). Another is to carry on believing it anyway (conservationism). And yet another is to treat morality as a kind of convenient fiction (fictionalism). We tend to think of moral thinking as valuable and useful (e.g., for motivating cooperative behavior), but we can also recognize that it can be harmful (e.g., hindering compromise) and even disastrous (e.g., inspiring support for militaristic propaganda). Would we be better off or worse off if we stopped basing decisions on moral considerations?

This is a collection of twelve brand new chapters focused on a critical examination of the options available to the moral error theorist. After a general introduction outlining the topic, explaining key terminology, and offering suggestions for further reading, the chapters address questions like:

* Is it true that the more that people are motivated by moral concerns, the more likely it is that society will be elitist, authoritarian, and dishonest?
* Is an appeal to moral values a useful tool for helping resolve conflicts, or does it actually exacerbate conflicts?
* Would it even be possible to abolish morality from our thinking?
* If we were to accept a moral error theory, would it be feasible to carry on believing in morality in everyday contexts?
* Might moral discourse be usefully modeled on familiar metaphorical language, where we can convey useful and important truths by uttering falsehoods?
* Does moral thinking support or undermine a commitment to feminist goals?
* What role do moral judgments play in addressing important decisions affecting climate change?

The End of Morality: Taking Moral Abolitionism Seriously is the first book to thoroughly address these and other questions, systematically investigating the harms and benefits of moral thought, and considering what the world might be like without morality.

Other Editions - The End of Morality: Taking Moral Abolitionism Seriously by Richard Joyce » Have you read this book? We'd like to know what you think about it - write a review about The End of Morality: Taking Moral Abolitionism Seriously book by Richard Joyce and you'll earn 50c in Boomerang Bucks loyalty dollars (you must be a Boomerang Books Account Holder - it's free to sign up and there are great benefits!)

A Preview for this title is currently not available.
More Books By Richard Joyce
View All