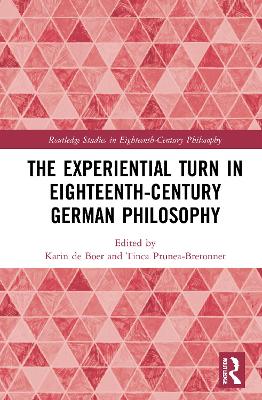 This collection of essays challenges the prevailing assumption that eighteenth-century German philosophy prior to Kant was largely defined by post-Leibnizian rationalism and, accordingly, a low esteem of the cognitive function of the senses. It does so by highlighting the various ways in which eighteenth-century German philosophers reconceived the notion and role of experience in their efforts to identify, defend, and contest the contribution of sensibility to disciplines such as metaphysics, theology, the natural sciences, psychology, and aesthetics. Engaging in depth with Tschirnhaus, Wolff, the Wolffians, eclecticism, Popularphilosophie, the Berlin Academy, Tetens, and Kant, its thirteen chapters present a more nuanced understanding of the German reception of British and French ideas and dismiss the prevailing view that German philosophy was largely isolated from European debates. Moreover, the book introduces a number of relatively unknown, but highly relevant philosophers and developments to non-specialized scholars and contributes to a better understanding of the richness and complexity of the German Enlightenment. 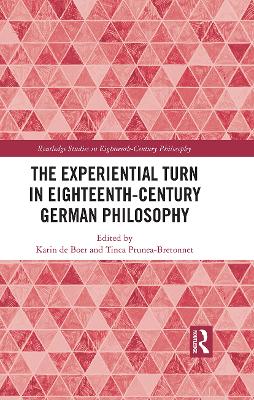 » Have you read this book? We'd like to know what you think about it - write a review about The Experiential Turn in Eighteenth-Century German Philosophy book by Karin de Boer and you'll earn 50c in Boomerang Bucks loyalty dollars (you must be a Boomerang Books Account Holder - it's free to sign up and there are great benefits!)


A Preview for this title is currently not available.
More Books By Karin de Boer
View All