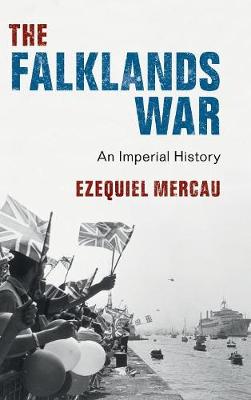 The Falklands War: An Imperial History

Description - The Falklands War: An Imperial History by Ezequiel Mercau

Why did Britain and Argentina go to war over a wintry archipelago that was home to an unprofitable colony? Could the Falklands War, in fact, have been a last-ditch revival of Britain's imperial past? Despite widespread conjecture about the imperial dimensions of the Falklands War, this is the first history of the conflict from the transnational perspective of the British world. Taking Britain's painful process of decolonisation as his starting point, Ezequiel Mercau shows how the Falklands lobby helped revive the idea of a 'British world', transforming a minor squabble into a full-blown war. Boasting original perspectives on the Falklanders, the Four Nations and the Anglo-Argentines, and based on a wealth of unseen material, he sheds new light on the British world, Thatcher's Britain, devolution, immigration and political culture. His findings show that neither the dispute, the war, nor its aftermath can be divorced from the ongoing legacies of empire.

» Have you read this book? We'd like to know what you think about it - write a review about The Falklands War: An Imperial History book by Ezequiel Mercau and you'll earn 50c in Boomerang Bucks loyalty dollars (you must be a Boomerang Books Account Holder - it's free to sign up and there are great benefits!)