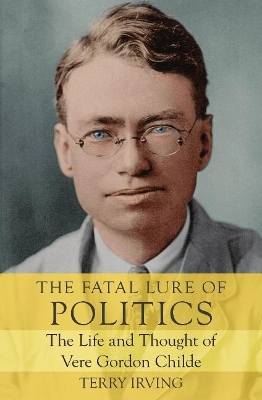 The Fatal Lure of Politics: The Life and Thought of Vere Gordon Childe

Description - The Fatal Lure of Politics: The Life and Thought of Vere Gordon Childe by Terry Irving

A new and radically different biography of the Australian-born archaeologist and prehistorian, Vere Gordon Childe (1892-1957). In his early life he was active in the Australian labour movement and wrote How Labour Governs (1923), the world's first study of parliamentary socialism. At the end of the First World War he decided to pursue a life of scholarship to 'escape the fatal lure' of politics and Australian labour's 'politicalism', his term for its misguided emphasis on parliamentary representation.

In Britain, with the publication of The Dawn of European Civilisation (1925) he began a career that would establish him as preeminent in his field and one of the most distinguished scholars of the mid-twentieth century. At the same time, his aim was to 'democratise archaeology', to involve people in its practice and to reveal to them What Happened in History (1942), the title of his most popular book. It sold 300,00 copies in its first 15 years.

Politics continued to lure him, and for forty years the security services of Britain and Australia continued to spy on him. He supported Russia's 'grand and hopeful experiment' and opposed the rise of fascism. His Australian background reinforced his hatred of colonialism and imperialism. Politics was also implicated in his death. There is a direct line between Childe's early radicalism and his final - and fatal - political act in the Blue Mountains west of Sydney. This is a book about the central place of socialist politics in his life, and his contribution to the theory of history that this politics entailed.

Other Editions - The Fatal Lure of Politics: The Life and Thought of Vere Gordon Childe by Terry Irving 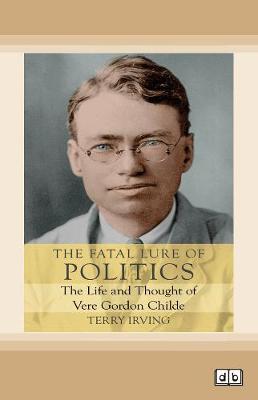 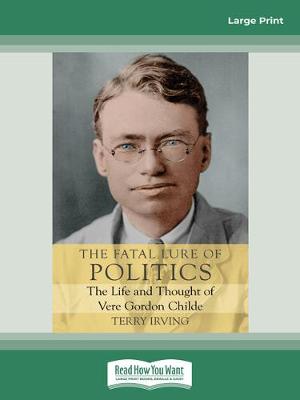 Book Reviews - The Fatal Lure of Politics: The Life and Thought of Vere Gordon Childe by Terry Irving

» Have you read this book? We'd like to know what you think about it - write a review about The Fatal Lure of Politics: The Life and Thought of Vere Gordon Childe book by Terry Irving and you'll earn 50c in Boomerang Bucks loyalty dollars (you must be a Boomerang Books Account Holder - it's free to sign up and there are great benefits!)


A Preview for this title is currently not available.
More Books By Terry Irving
View All