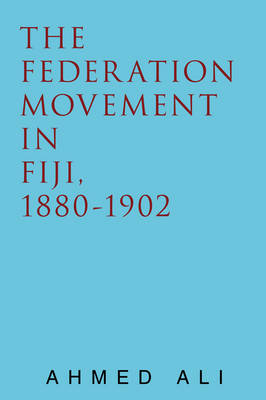 Fiji became a British Crown Colony in 1874 when the chiefs of Fiji ceded their islands to Queen Victoria. Initially, European settlers welcomed British rule but soon became disillusioned with it as a result of the policies of the first governor, Sir Arthur Gordon, who restricted the amount of land they could obtain and denied them the use of Fijian labourers. The introduction of Indian labourers in 1879 did little to appease European settlers who claimed that unlike the large Australian Colonial Sugar Refining Company they could not afford the cost of imported labour.

The Federation Movement in Fiji 1880-1902 examines European settlers' failed attempts to federate with various Australian states and with New Zealand as well as their political gains during the period which laid the foundation for European political dominance in the Fiji islands.

» Have you read this book? We'd like to know what you think about it - write a review about The Federation Movement in Fiji, 1880-1902 book by Ahmed Ali and you'll earn 50c in Boomerang Bucks loyalty dollars (you must be a Boomerang Books Account Holder - it's free to sign up and there are great benefits!)


A Preview for this title is currently not available.
More Books By Ahmed Ali
View All

Microbial Biofilms: Properties and Applications in the Environment, Agriculture, and Medicine
$291.06 $294.00

The Impact of Soil Erosion in the Upper Blue Nile on Downstream Reservoir Sedimentation
$264.60 $294.00