The Fifth Column is a thrilling novel about the only man who can thwart a Nazi sympathizer uprising in New York during the Second World War, from bestselling author Andrew Gross.

A Man in Trouble
February 1939 and Europe is on the brink of war. Charles Mossman is in a bar in Hell's Kitchen, New York, reeling from the loss of his job and his failing marriage, whilst outside thousands of Nazi sympathizers are attending a hate-spewing rally. As he confronts one, Charles makes a horrendous mistake with deadly consequences.

A City of Secrets
Two years later, Charles is released from prison and tries to make amends with his wife and daughter. America is wrestling with whether to enter the growing war but support is growing, driving Nazi sympathizers underground. Charles begins to understand that surrounding them there are forces that will use any means necessary to bring about the downfall of his nation.

The Enemy Within
When Charles's daughter is befriended by a seemingly amiable Swiss couple, it brings to the surface his fears of a 'Fifth Column' of embedded German spies in their new neighbourhood. All Charles wants is to redeem himself as a husband and father, but sometimes a man must do whatever it takes to stand up for his family and what he believes, even sacrificing his life to do so .

Other Editions - The Fifth Column by Andrew Gross 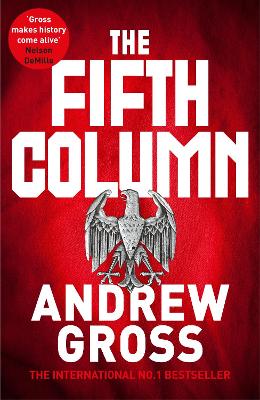 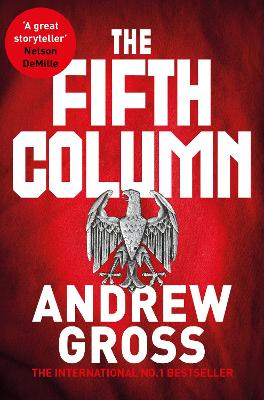 » Have you read this book? We'd like to know what you think about it - write a review about The Fifth Column book by Andrew Gross and you'll earn 50c in Boomerang Bucks loyalty dollars (you must be a Boomerang Books Account Holder - it's free to sign up and there are great benefits!)


A Preview for this title is currently not available.
More Books By Andrew Gross
View All