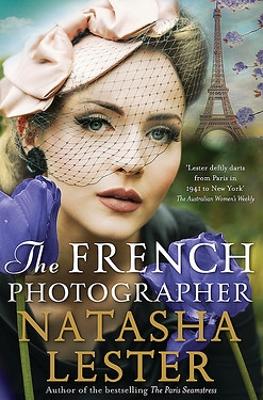 Inspired by the incredible true story of Lee Miller, Vogue model turned one of the first female war photojournalists, the new novel by the bestselling author of The Paris SeamstressManhattan, Paris, 1942: When Jessica May's successful modelling career is abruptly cut short, she is assigned to the war in Europe as a photojournalist for Vogue. But when she arrives the army men make her life as difficult as possible. Three friendships change that: journalist Martha Gellhorn encourages Jess to bend the rules, paratrooper Dan Hallworth takes her to places to shoot pictures and write stories that matter, and a little girl, Victorine, who has grown up in a field hospital, shows her love. But success comes at a price.France, 2005: Australian curator D'Arcy Hallworth arrives at a beautiful chateau to manage a famous collection of photographs. What begins as just another job becomes far more disquieting as D'Arcy uncovers the true identity of the mysterious photographer - and realises that she is connected to D'Arcy's own mother, Victorine.Crossing a war-torn Europe from Italy to France, The French Photographer is a story of courage, family and forgiveness, by the bestselling author of The Paris Seamstress and A Kiss from Mr Fitzgerald.PRAISE FOR NATASHA LESTER'Lester deftly darts from Paris in 1941 to New York' The Australian Women's Weekly'Weaves real characters, events, places and an obvious love of fashion into her captivating tale' Herald Sun'A fantastically engrossing story. I loved it' KELLY RIMMER

Other Editions - The French Photographer by Natasha Lester 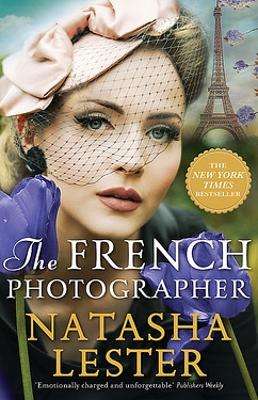 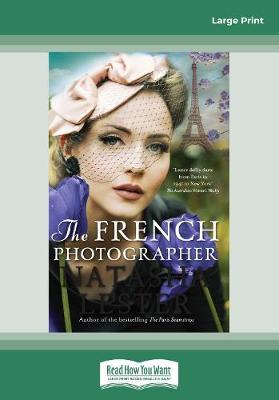 » Have you read this book? We'd like to know what you think about it - write a review about The French Photographer book by Natasha Lester and you'll earn 50c in Boomerang Bucks loyalty dollars (you must be a Boomerang Books Account Holder - it's free to sign up and there are great benefits!)

5 stars The French Photographer is the fifth novel by best-selling Australian author, Natasha Lester. Art handler and aspiring documentary maker, D’Arcy Hallworth has travelled to France in June 2004 to pack a collection of photographs for exhibition in Australia. D’Arcy has long admired The (anonymous) Photographer’s work, and D’Arcy is sure work of such compassion could only have been done by a woman. At the chateau, Lieu de Réves, D’Arcy encounters The Photographer’s agent, Josh Vaughn, an attractive but very reserved American lawyer.

After some days of writing condition reports and crating, D’Arcy is invited to the attic to examine some boxes of unframed work with Josh, and discovers a photograph dated 1944, with her mother’s name on the back: a man with a young girl. Victorine Hallworth was born and schooled in France before giving birth to D’Arcy in Australia, and has never been very forthcoming about her youth. D’Arcy is understandably intrigued: is this child really her mother? And is Dan Hallworth, Editor in Chief of World Media Group, not just her mother’s boss, but something more?

Jessica May is famous as a model for Vogue, but her ambitions lie with photojournalism. In 1942 Vogue agrees to send her to Europe as their war correspondent, and she is thrilled. She jumps through multiple hoops to finally be approved and is sent to Italy, a field hospital, where she will record the experiences of the war nurses. But she accidentally ends up at the front, in a trench, her report drawing the ire of her London Public Relations Officer. Captain Dan Hallworth sees her to safety and later backs her up, but from then on PRO Warren Stone seems to have Jess in his sights.

Along with the other female correspondents, she’s frustrated by bureaucrats intent on thwarting their attempts to get a story under the guise of “protecting the weaker sex”. They are forbidden to go to the front, they are denied their own transport, they are excluded from Press camps and the work of male correspondents always takes precedence over theirs at the censor. On top of this, Jess is burdened with Warren Stone’s dirty tricks campaign. But at the field hospital she meets little Victorine, Dan Hallworth’s “niece”, and soon there’s a bond of friendship between the three.

The narrative alternates between two time periods and is carried by two main narrators (Jess and D’Arcy) with two minor narrators filling the necessary facts towards the end. Two romantic love stories are told, the first against the background of World War Two, the second involving an intriguing mystery, while a third gets a passing mention.

Lester gives the reader many characters who are appealing and easy to care about, to shed tears for, but also some truly selfish characters who are coldly and calculating and behave shockingly, taking advantage of the goodness and integrity of others. Guilt and shame, but also the wish to save others from heartbreak, mean that secrets are kept and potential happy-ever-afters not realised. And unknowing children are lovingly raised by parents not actually their own.

In her Author Notes, Lester states that this novel was inspired by the true story of American war correspondent for Vogue, Lee Miller. She details her extensive research, noting the many actual events that occur in the narrative, and the story highlights the misogyny and sexual harassment prevalent during the war, as well as the atrocities committed against women, by men on all sides of the conflict. Interesting and moving, this is heart-warming historical fiction. This unbiased review is from an uncorrected proof copy provided by Hachette Australia. 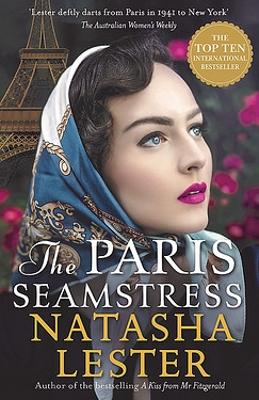 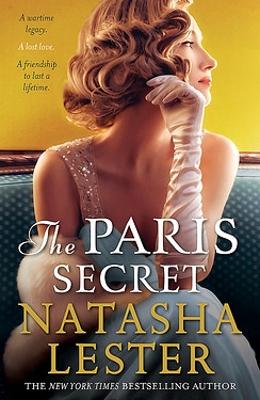 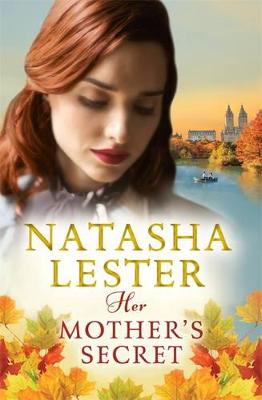